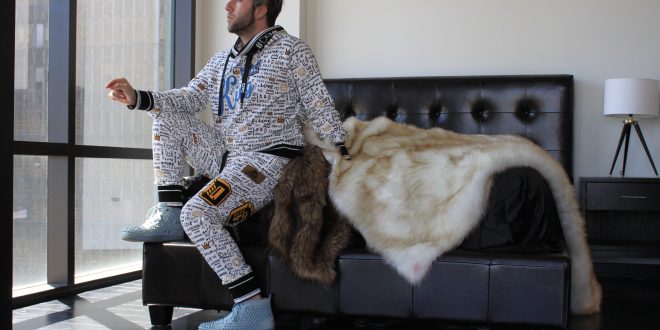 You could say that pop has been lagging in terms of organic melody lately, and I wouldn’t be able to disagree. But one area in which music – both in the mainstream and in the underground – has grown substantially more mature in the last couple of year is in its intellectual relevance. Ten years ago, you could count the number of artists singing about things other than women, drugs, money and excess on a single hand, but things are starting to change for the better. Artists like Mikey See have a deeper connection with the reality of how strife-ridden our world has become lately, especially in America, and of how important a role music can play in soothing the tensions of a nation and its people who stand more horribly divided than ever before in history. In his new single “Love My Body,” from his debut eponymous extended play, Mikey See attacks one of the biggest flashpoints of our current discord – self-hatred – head on, and his sincerity couldn’t be more earnest in its design.

Mikey See is a beat master, and he highlights as much in the whole of his virgin EP, but this song makes a point of showing us that he’s much more than a dance-generating pop singer. In his lyrics, See discusses in so many words the pressures of everyday life and the need to constantly be accepted, sensuously putting his feelings out there for all of us to either judge or accept. He isn’t worried about what anyone thinks about him, because as he reminds us so eloquently, his life is his own, and that if you waste too much time on surface materials you’re going to miss the bigger picture around you. Mikey See doesn’t have any time for games, and in this song, he just wants us to get crazy with him, cut loose our inhibitions and become mesmerized by the ecstasy of being alive. I interpreted the song through a somewhat existential perspective, but the fun thing about See’s songwriting is that it’s so rivetingly surreal that no two people are going to walk away from a listening session with quite the same conclusion (other than that he’s brilliant, of course).

For anyone and everyone who feels like modern music is going absolutely nowhere and that there’s nothing to get excited about in the pop format anymore, Mikey See is delivering a wakeup call in the form of “Love My Body.” This is a special time for pop music; a time of transitions and a time of creative resurgence which is starting from the ground-up and will gradually influence the direction of FM radio in the next decade. We’re in a critical apex in the history of recorded music, and to deny musicians like Mikey See their due fame would be utterly criminal and reprehensible to the evolution of art as a whole. See has my vote of confidence, and once you listen to “Love My Body,” I’m certain that he’ll have yours as well.