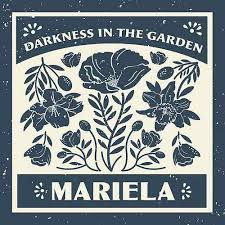 Mariela are creating a brand new strain of alternative music

Critics can’t seem to stop talking about the experimental sounds of the burgeoning American pop underground lately – and for good reason. Beneath the surface of mainstream commerciality, indie artists like Mariela are creating a brand new strain of alternative music that is as indebted to the surrealist movements of old as it is the progressive pop aesthetics of a discriminating Millennial generation. Mariela’s new EP, the strong-voiced Darkness in the Garden, puts a ferocious, post-genre spin on the spacy sound so popular with their peers and submit some of the most emotionally-charged indie rock n’ rollers of the season thus far. It’s an immensely gripping listen for sure, and a few hiccups aside, a very evenly arranged set of songs.

In “Misshapen Shadows” and “Borrowed Light,” we’re introduced to some seductive psychedelic tones that weren’t present in previous releases bearing the Mariela moniker, and alongside these tracks we find somewhat punkier material in “Shatter the Glass” and “Even If We Don’t Know,” the latter of which has a particularly retro feel to its smoking riff. It all falls under the umbrella of contemporary pop, but I wouldn’t be quick to categorize it as plain. If we turn up the volume and listen closely, we’re able to enjoy a smorgasbord of subtle details that have been delicately stitched into the rhythm, rhyme and rock grooves of any given song, and though some bands are more than content to provide us a couple of single-worthy tracks next to three or four filler songs in an EP, Mariela produce six authentic, full-force compositions worth their weight in gold here.

Darkness in the Garden’s second act doesn’t have the same potent swing that the first does, but I think I can understand why the group decided to organize the record this way. By slowing down the pace in “Misshapen Shadows,” “Borrowed Light” and “The Funeral,” Mariela give listeners some time to process “Shatter the Glass,” “Going Away” and “Even If We Don’t Know” whilst falling deeper and deeper under the spell of the many twists and turns in the harmonies. It’s not as anticlimactic as it would seem on paper, and to be frank, I don’t know why more alternative acts aren’t putting as much energy into the construction of their records as these guys are. It’s something to be praised, and hopefully replicated by those who take influence from Mariela in the future.

Whether it’s a road trip down the California coastline or an afternoon spent watching the rain fall from the sky, Darkness in the Garden has got a song to suit almost any mood or setting this season. Mariela are pulling out the big guns in the results of their most recent trip to the recording studio, and proving to critics and audiences alike that they’re ready for the limelight and luxuries that come with owning the primetime stage. Theirs is a sound that has tremendous crossover appeal, and though I’m sure it’s not going to win everyone over as much as it has me, I’m very confident that Darkness in the Garden is going to be met with a warm reception from most alternative listeners this June.

User Rating: Be the first one !
Share
Previous Satellītes “Love & Disaster”
Next AV Super Sunshine’s “Are You Happy (Radio Mix)”