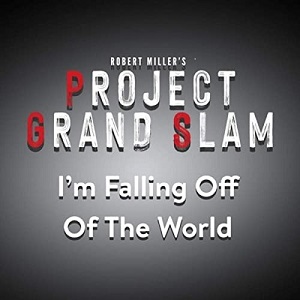 Project Grand Slam “I’m Falling off of the World” (SINGLE)

It might be popular to say that rock is dead, but while it’s true that there are certain components of the genre’s past that have gone out of style, its core principles remain as in as ever. Take for example the live single “I’m Falling off of the World” by Project Grand Slam; equal parts jazz, rock, and pop, this swaying groove anthem was made to get our bodies synced up with the music, which is something that rock n’ roll has been about since its initial inception. “I’m Falling off of the World” was recorded with the aficionados in PGS’s fan base in mind, but be certain that no matter what level of fan you are, this is a listen you aren’t soon going to forget.

Everything in this track starts with the swing of the instruments, and I like that the tempo affects how we’re supposed to interpret the story at hand. Although PGS has an able singer giving us the lyrics to this song one potent verse at a time, her voice gets one heck of a strong boost from this groove, and I would even go so far as to say it frames her statements like nothing else here could have. There’s something really sexy about the percussiveness of the vocal in this piece, and it makes me want to hear what else this current setup for PGS could produce when cutting loose as hard as they do for this live album.

The lush melodies that swirl around us are something to behold in “I’m Falling off of the World,” and they’re a surprising feature given how much focus is being afforded to the beat in this single. As much as I love a multilayered mix, I don’t think it would have been possible to give us this kind of a version of the song without recording everything as-is and leaving touchups out of the equation entirely. It’s only through this process that we’re able to hear just how much fire Project Grand Slam is playing with, and to me, that’s the best part about hearing a band like this perform in a live setting, whether it’s been adapted for our purposes or theirs.

There is still so much drive that this group is working with, and in “I’m Falling off of the World” and The Shakespeare Concert LP in general, they’re showing us that there isn’t a thing in this world that is going to keep them from exploiting every one of their natural gifts. For those of us who have been in love with fusion and its greater narrative since the beginning, this is the kind of record that doesn’t need a big introduction nor any of the bells and whistles most pop releases are dependent on when trying to win over the audience. This is straightforward jamming as it was always meant to be enjoyed, and I love that it’s coming from a source still indebted to the model more than the mindset of fame.