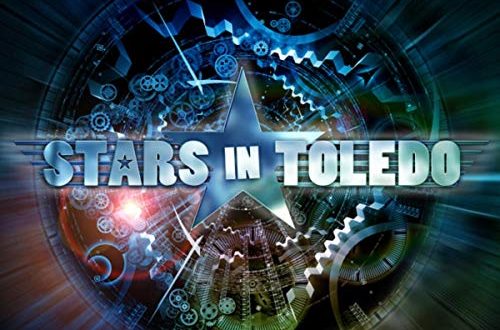 Stars in Toledo – Self Titled LP

The last couple of years have left a lot to be desired in rock music on the mainstream level, but in the case of underground up and comers Stars in Toledo, those who worship at the altar of rock n’ roll gods will find a fine collection of songs in their debut album, titled simply Stars in Toledo. Comprised of twelve tracks that explore hard alternative rock and melodic heavy metal simultaneously, Stars in Toledo package a stellar songcraft into surreal treats like “Hold on to Yesterday” and “Be Your Man,” smothering sonic throw-downs in “99 Bottles” and “Take It to the Breakdown,” and growling guitar celebrations in “Don’t Wanna Talk Anymore” and the sinfully heavy “A Peek Behind the Curtain,” ultimately leaving anyone within earshot curious for more from this young crew of crafty conceptualists.

There’s no filler to be skipped over in this record; while some songs – such as “While We’re Waiting,” “Mavericks” and “Get Me Right” – feel more like singles than the experimental tunes do – i.e. “Baby Banzai,” “99 Bottles” – there’s never any question as to whether or not the band was putting all of themselves into the music during the recording process. The production value is sleekly streamlined and benefits from an equally smooth master mix, but the progressive flow between the tracks never feels particularly excessive or artsy in nature. The songs are presented to us in an almost cinematic arrangement that slowly releases the tension that we start off with in the first part of the record before finishing us off in a tizzy of cutting guitar chaos with “A Peek Behind the Curtain”.

Stars in Toledo employ a lot of old fashioned rock n’ roll ethics in making songs like “Rnr 24 7 365,” “Don’t Wanna Talk Anymore” and “Without You Here,” but their sound is anything but status quo. I hear a lot of intricacies in these riffs, and because of the beefy mix that they’re filtered through, none of the band’s natural tonality is sacrificed in stringing all of the material together for an LP format. The bass is as textured as the vocals are in “Mavericks,” while the drum track in “Hold on to Yesterday” creates just as much of a mood as the guitars do.

Hard rock disciples who are hungry for a riff-happy record that rejects the very notion of eliminating the style’s rougher edges will really dig what Stars in Toledo are doing in their first official album, and if any of the songs that it includes in its tracklist get the proper platform to reach the masses, I think that this band could easily become one of the more successful groups in their scene. They’ve still got some work to do in refining their structures to maximize the wallop of their super-heavy tone, but from the looks of this debut, they’re well on their way to finding that perfect middle ground between assaultive hard rock and cerebral modern metal. We’ll be able to tell more about their identity in the follow-up to this disc, but nevertheless, Stars in Toledo is an LP that I would encourage rock enthusiasts to check out when they have the chance.