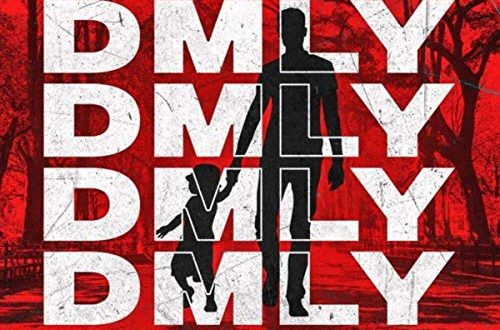 Both frustratingly friction-packed and exquisitely positioned as to get the most out of an otherwise stock melody, the relationship between the vocal and the bassline in Swigga’ Geovanni’s “DMLY (Daddy Mi Love You)” is not all that dissimilar to an artful dance shared by two lovers, each of them suspicious of the other’s intentions. This element of “DMLY (Daddy Mi Love You)” is all about tension, and though it’s one of the fiercest flashpoints in the song, it’s not the only reason why I would tell hip-hop, reggae and alternative rap fans to take a look at this debut release from Geovanni. There’s a lot to sort through in this track, but all of it revolves around the refined rhythm of its beats.

Even though he’s been on the radar for all of sixty seconds, Swigga’ Geovanni isn’t having a difficult time adapting his eclectic palate into a high definition juggernaut in “DMLY (Daddy Mi Love You)” – on the contrary, he’s killing it here. His attention to even the smallest of details helps to indicate just how much of an emotional connection he has to the subject matter in the song, but he’s careful to avoid making the track so intimately personal that it would repel outsiders away from the deeper meaning behind the verses. There’s been an influx of self-centered hip-hop on the mainstream side of the genre in the last few years, but this is one artist who isn’t adding to the problem (if anything, he’s taking things in a much smarter direction).

Swigga’ Geovanni’s willingness to literally withhold nothing from us in “DMLY (Daddy Mi Love You)” is really moving, and when taking into account the fact that current trends are focused on doing anything and everything but, this makes his music all the rarer  a find. He’s setting himself apart in this song, but looking past the initial splash it’s making, he’s also setting forth a stylistic blueprint that can be expanded upon little by little over the next ten years in a long-term campaign. The audience will be the ultimate judge, but if my vote is worth anything, I’d wager a lot on seeing Geovanni attract a lot of commercial buzz as the next year comes into focus (that is, if “DMLY (Daddy Mi Love You)” is the set standard moving ahead).

It’s difficult to tell who Swigga’ Geovanni is going to become right now, but I plan on following his development all the same. There’s a lot of directions that he could take the sound he’s setting up for himself through the release of this single, but at any rate, I think he’s going to pick up a lot of momentum if he can replicate the sporty energy that he’s rocking with so much ease in “DMLY (Daddy Mi Love You).” Staying away from the pitfalls of pop indulgence will be important as he forges ahead, but even if he were to invite some components of Top 40 varnish into his music, I have a feeling that he would still retain the cunning charisma he has in this original slab of sonic sorcery.