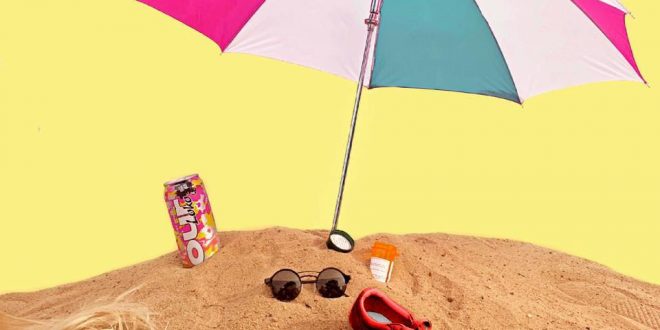 The Oklahoma City based quintet One Two Ten draw from acts like Kings of Leon, The Killers, and Walk the Moon to forge their pop rock sound, but their new single “Heathers” proves they are capable of synthesizing those elements into a style, in the end, all their own. The new single, in particular, pulls off an improbable blending of a golden oldie from the 1950’s with a punk aesthetic cribbed from 90’s band playing that style. The lyrical invention underlying the composition is another distinctive element of their presentation; “Heathers” focuses on character development rather than tossing a hodgepodge of lines and clichéd imagery at listener’s ears and imagination. Front man Andrew May plays keyboards as well – the remainder of the unit is rounded off by lead guitarist Spender Christian, rhythm guitar player Stinson Fuller, bassist Evan Burgess, and drummer Jon Edmund.

Those “golden oldie” inclinations are clear from the outset. One Two Ten begins “Heathers” with an introduction that wouldn’t have sounded out of place on a Top 10 hit circa 1955, albeit with modern production values, but it’s a quick taste. The track soon shifts into a headlong uptempo charge driven by the band’s two guitar attack and visceral drumming. One Two Ten are a pop rock band, without question, but the production gives them an immediate sound blasting out of the speakers rather than setting listeners at any sort of remove from the music. The retro influence heard in the introduction recurs via some old fashioned guitar vamps but, once again, they have a distinct modern bite rather than sounding like the aural equivalent of melodic butterflies trapped under glass.

The guitar sound has a guttural punch that pairs well with May’s vocals. He has surprising heft to his voice, but the lower register resonance of his vocals is, nonetheless, a good fit for the band’s sonic architecture. The lyrics delineate character through confident broad strokes rather than belaboring details. One Two Ten’s press materials refer to the track as a “short story” and the description proves apt – if anything, you can go a step further and refer to the work as “flash fiction”. The economical manner One Two Ten’s songwriting employs to flesh out its main character and her life is effective from the first and begs for repeated listens.

One Two Ten realizes the song’s potential at every turn. The arrangement embraces a breakneck pace for much of its three minutes forty seconds, but they pull back on the reins at key points, slowing things down, and then unleashing another blast of energy to carry listeners away. This studious attention to the possibilities of dynamics makes this an even more invigorating listening experience. Lead guitarist Spencer Christian adds a blistering guitar solo near the song’s conclusion placing an emphatic exclamation point on the entire performance. One Two Ten’s “Heathers” is a powerful reminder of the continued vitality melodic rock holds and serves notice that this Oklahoma five piece is a band to be reckoned with.