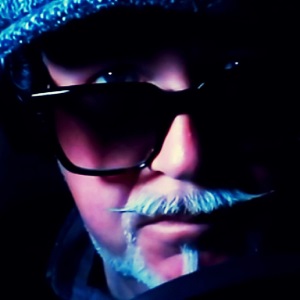 In a perfect homage to the mixed-media hypnosis one would find at the start of a Pink Floyd LP so many decades ago, “The Ballad of Sanaleigh” starts in a fog of reeling noise and passive pulsations before quickly fading into an acoustic guitar’s charismatic melody, where we’ll stay for the first act of the song. This latest release from the lauded Tash Hagz takes a moment to find its rhythm and, for that matter, the very framework of its construction, but when it reveals the heartfelt harmonies its creator is ready to expose before anyone willing to listen, this single becomes quite the endearing offering. It’s thoroughly psychedelic, but make no mistake about it; “The Ballad of Sanaleigh” has a lot of soul.

The harmonies that lend so much of the chills factor to this track start with the strings and end with Tash Hagz’ vulnerable lead vocal, and with the instrumental element in the song being as powerful as it is, you’ve got to marvel at just how grand a singer this man is. He isn’t springing from the bassline and getting a solid boost from behind the mixing board; this is a player who is audibly giving us a relaxed but focused performance with the mic in his hand, and between the cold silence of the booth he’s singing within and the striking glow of the guitar strings, he finds quarter in a quiet storm that could seemingly rage on forever here.

Tash Hagz has always impressed me with his detailed production quality, but he’s more experimental with the DIY ethic than he has been in previous cuts. There’s nothing forcedly made to be raw or noisy, but I don’t think he wanted much filtration between the audience and the bass/guitar componentry, and rightly so. He’s using the pummeling sway of the strings to fill so much of the void a lot of other artists would leave unemployed in a radio-friendly single, and as harsh as the sonic undertow gets, there’s never a moment in which “The Ballad of Sanaleigh” doesn’t feel fairly accessible to fans and newcomers alike. That’s not easy to do for anyone, let alone an underground player, and this artist’s rivals could do well to learn from his example.

I really like what I’ve been hearing from this singer/songwriter so far, and with a little more time to cultivate the specifically psychedelic parts in his sound, I think he’s going to become one of the more respected experimentalists making melodic music in or outside of his insular scene at the moment. There’s a lot of hesitance to try the untried right now given the fragility of the music business and an uncertain future for alternative rock particularly, but if anyone is going to take a step towards the creatively progressive without caring for what anyone else thinks, I believe it’s going to be this man. Tash Hagz has the style and the centered conceptualism to make some amazing music, and so far he’s yet to disappoint with songs like “The Ballad of Sanaleigh.”