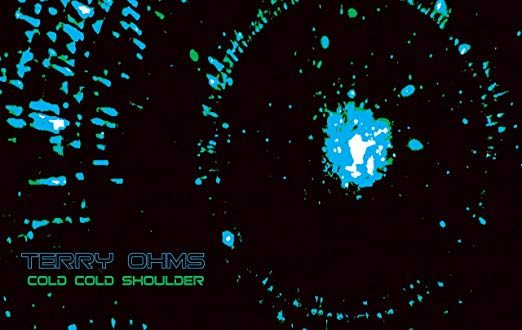 Chugging guitars come flanked with discordant bass and drum flurries in “IMO JSYK BTW.” A J Mascis-flavored fuzz finds its way into the mix of a walloping “That Song” much as the squeaky-clean aesthetics of a post-post-punk riff rock dominate the comprisal of “All In The Past.” Terry Ohms is lyrically blunt and sonically indulgent in “Making The Most,” and similarly in the deceptively monolithic “What Do You Mean, What Do I Mean?” and neon punk rock cocaine of “Where You Coming From,” we see him adhering more to the rules of rebellion than he ever does conventional songcraft (much to the delight of this critic in particular). From the postmodern “Rock of Gibraltar” to the crushing album-opener “King of The Mountain,” Ohms’ latest LP, Cold Cold Shoulder, is oozing with guitar presence and riddled with a more textured finish than any I’ve heard left of the dial this February, but more than that, it brings us the fully-realized culmination of Terry Ohms’ sound critics have waited a number of years to hear.

For as much physicality as there is in songs like “King of The Mountain” and “IMO JSYK BTW,” Cold Cold Shoulder boats plenty of subtle components that are just as affective and endearing as any of the more dominant elements – such as the plethora of distorted guitars – tend to be. The vocal is actually as strong as any of the string parts are in “What Do You Mean, What Do I Mean?,” “Making The Most” and “That Song,” and in each of these instances it contributes as much to the overall melodic fabric of the songs as any of its instrumental counterparts do. Cold Cold Shoulder definitely benefits from its top shelf production quality, but I don’t believe I would go as far as to say that it lacks the raw edginess that most of us have come to associate with indie music in general. I get the impression that, by and large, Terry Ohms isn’t trying to change the parameters of his artistic identity so much as he’s looking to build upon the foundation of something he started a long time ago here, which, as far as I’m concerned, is a much better move than straight-up reinventing himself would have ever been at this stage of the game.

In Cold Cold Shoulder’s eight uniquely evocative tracks, Terry Ohms delivers an album that his fans will likely herald as being his most complete and mature effort to date, and collectively I think it qualifies as more than living up to all of the buzz it’s received in the buildup to its 2020 release. Here, he essentially proves to audiences that there aren’t any barriers he’s interested in steering clear from in the studio, but at the same time, he’s more than secure in his aesthetical approach to produce a record that is familiar to those who have fallen in love with his work over the last fourteen years. In short, this is a player who is sounding better than ever before in his most recent work, which certainly isn’t something that can be said for every veteran in his peer group.

User Rating: Be the first one !
Share
Previous When You Coming Home, the debut album from Ruark
Next Mount Hudson releases Lakeside Water