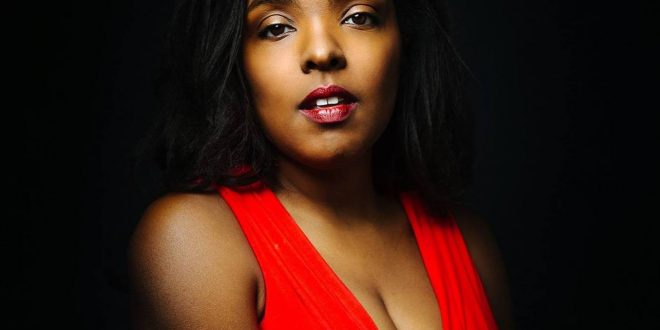 That Summer (Vol.1) Compilation “The Letting Go” by Natalie Jean

That Summer (Vol.1) Compilation – The Letting Go by Natalie Jean

In her new song “The Letting Go,” most us essentially get to meet the dynamic singer/songwriter Natalie Jean, an award winning performer beloved in the music community who until just recently had been mostly unknown to mainstream audiences. “The Letting Go” introduces us to an artist who is very much a classic singer/songwriter, but who possesses an interesting combination of coffee shop singer style self-awareness alongside a grand presence more widely associated with arena rockers and vivacious pop singers. It’s a fun pair of attributes to have in your skillset, and it makes for a quite intriguing mashup in her music, which also enjoys darting back and forth between understated and pronounced.

Her stage presence makes the lyrics of “The Letting Go” feel very cinematic and epic when she belts them out, even if the climactic chorus is presented to us in a somewhat subdued delivery. She’s almost operatic in the way that she approaches these words and the microphone itself; almost like a stonemason carefully building a magnificent building brick by brick with attention to detail being the most emphasized priority. “The Letting Go” and its minimalism remind me of the contents of a fine art gallery, brilliantly delicate and immaculately designed with such concise intricacy. Natalie Jean strikes me as a very complicated human being; beautiful like her music, calculated like its arrangement and thoroughly genuine like its message. Simply fascinating, especially when you look at her indie pop contemporaries and their idea of vulnerability (hipsterisms in 2018? I think not).

In the opening verses of “The Letting Go,” Jean asks us “If I told you this rain would stop and the clouds would fly away, would you believe what I am saying? Would it lead you out to play?” The soundscape behind her starts to imitate her words and if we listen intently enough, we can start to actually feel the cold moist droplets falling on us, too, standing beside our singer in perfect isolation from the rest of the world. The imagery is so tangible, her vocals so emotionally charged; it’s almost overwhelming to try and digest all at once. Thankfully Jean is wise in her ways and bridged this raw electricity with a harmonious musical track that softens the blow considerably and makes this song as accessible as it ultimately ends up being.

I’m going to go out on a limb and say that if Natalie Jean is able to do what she does in the studio out on the road in front of a large crowd of people, she’s got a very, very long and successful career ahead of her. The studio is an easy place to find your sound when you’ve got the imagination that she does, but if she’s got the talent to recreate this same feeling, this same magic really, that she does in “The Letting Go,” she’s got a gift that isn’t just rare and impossible to acquire artificially, but one that is guaranteed to make her a key figure in pop music for a great deal of time to come.

User Rating: Be the first one !
Share
Previous The Merrymaker’s Orchestrina – Act 3
Next Lauria “Losing Me” (single)