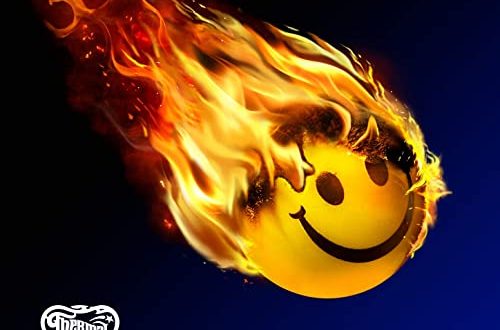 Thermal and a Quarter release “Leaders of Men” (single)

The sinewy understated groove of Thermal and a Quarter’s latest single “Leaders of Men” might prod some listeners to recall Dire Straits finest songwriting due to Bruce Lee Mani’s near deadpan vocal and Tony Das’ tight economical guitar work. The similarities end there however. Culled from their eighth studio album A World Gone Mad, the band’s songwriting is far more politicized than Mark Knopfler’s is, but the band writes about such topics in a manner impervious to dating. The words for “Leaders of Men” will be every bit as timely a half century from now as they are today; Thermal and a Quarter are, if nothing else, astute observers of the world around them.

Thankfully, however, they are so much more. The aforementioned groove is ear-catchy enough to sustain the entire song, but Thermal and a Quarter aren’t content following the same path from beginning to end. They mix up their approach with evocative instrumental interludes that add palpable atmospherics to the performance without ever venturing far afield of the song’s initial musical impulse. Tony Das latches onto a gritty soulful guitar sound dripping with blues influences and the band locks in around him with a slight behind the beat drag that gives the track extra oomph.

This band is writing about the world they live in, that’s true, but there’s a larger picture to take in. Songs such as “Leaders of Men” are, essentially, about human nature and deceptively ambitious. The work of bands such as Thermal and a Quarter makes a lie of the cockeyed notion rock music, even of a retro variety, is incapable of making substantive statements while still providing an entertaining listening experience.

“Leaders of Men” runs nearly five minutes, but never feels that long. Thermal and a Quarter understand how to keep their audience engaged in such a way that they never think about looking at the clock; they immerse listeners in their musical world from the outset and don’t release their hold on you until they are ready to do so. They project palpable confidence throughout the entirety of this recording and they should; though they are still young, particularly by the standards of rock music today, Thermal and a Quarter are now eight albums deep into their recording career and their experience is audible in every second of this cut.

They refer to themselves as “bastards of the world” but while it is likely it helps fuel their songwriting to view themselves as outsiders forever looking in, they have traveled far from their early days in Bangalore, India. They write, record, and perform music brimming with life and certain to resonate with anyone who loves muscular and credible rock music. They didn’t earn spots opening for Hall of Fame acts such as Deep Purple and Guns ‘n’ Roses by luck alone. Thermal and a Quarter has earned their spot because of talent and hard work and, based on this single, it’s a spot they are unlikely to surrender any time in the near future.

The music of THERMAL AND QUARTER has been heard all over the world in partnership with the radio plugging services offered by Musik and Film Radio Promotions Division.  Learn more https://musikandfilm.com