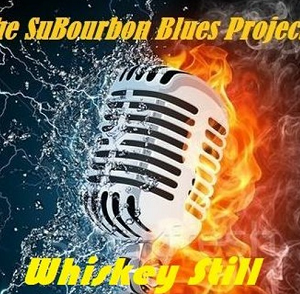 The single “Whiskey Still” from Chris Ford’s SuBourbon Blues Project’s second album Where Concrete Meets the Grass is a rousing blast of gritty blues rock. Ford makes no pretensions to purist status, but his songwriting captures many of the genre’s tropes without ever sounding wearisome. Yes, you’ve heard songs like this before, it’s true. He does spin things, however, in a different direction thanks to several key factors. The relentless bray of his voice cuts through the production and grabs listeners by the figurative throat, but the phrasing is far from bulldozer. It’s interesting to hear Ford work in little touches of nuance without ever sacrificing his momentum.

Another idiosyncratic highlight of the track is the lyrical content. He ransacks the genre’s stock imagery without a hint of parody and wrapping them up with his personal point of view fills these phrases with unexpected life. They say it isn’t work when you love what you do; Ford’s affection for blues and rock come through with unmistakable clarity. If it’s work for this guy, it’s a labor of love. This is reflected in the production as well. You don’t hear the brick-walled nonsense so common with modern popular music but, instead, warm production that makes the most of its sonic muscle.

It’s telling that, for all its bluster, “Whiskey Still” invites listeners in. The simple, driving beat and the unbridled enthusiasm of Ford’s vocals are clearly participatory in nature. Ford hasn’t written this track to be experienced in a vacuum or experienced alone, if possible, but wants his audience to be screaming out every word with him. The song’s chorus is especially well-suited for that. Ford orchestrates everything to build up for that climatic point and it pays off big for listeners.

The song’s lead guitar is powerful. No one will confuse Ford for taking off on any sort of virtuoso trips with this song, it isn’t his style at all, and the lead playing packs the same no frills punch as the vocals, lyrics, and drumming. “Whiskey Still” has a fat and warm pulse at its center. It’s not a gymnastic display, but rather a model of timekeeping for such music. It’s another superb component in this outstanding package.

You hear it in every facet. The song’s construction, arguably, is the center of everything. “Whiskey Still” hits its transitions at all the right times and peaks in a way that will supercharge any audience. It’s too easy to say Chris Ford’s SuBourbon Blues Project is honest music It’s more than that. It’s deceptively simple – to hit just the right stride with this music isn’t easy and Ford makes it sound like an inspired first take.

If you like your blues rock stripped clean of any sugary sweet lyricism and relish guitar, bass, and drums that swings like a mother and without apology, the SuBourbon Blues Project’s “Whiskey Still” will more than satisfy. It isn’t crass or paint by numbers, either. Chris Ford’s rock solid command of songwriting fundamentals, intelligence, and personality mark him as something individual and distinct in a world sorely in need of both.

The music of Chris Ford has been heard all over the world in partnership with the radio plugging services offered by Musik and Film Radio Promotions Division.  Learn more https://musikandfilm.com