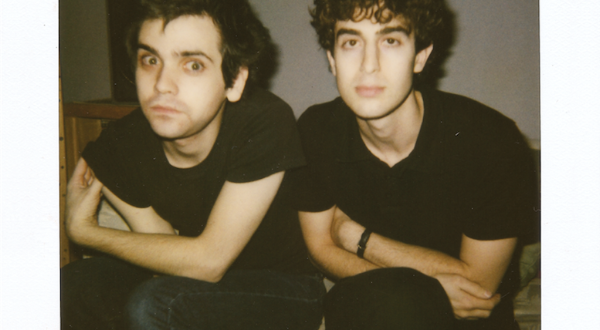 Employing a more sensitive take on rip roaring American garage rock, Brother Reverend have unleashed a sonic juggernaut in their new album The Tables Turn Too Often, which is available everywhere this September 28th. The Tables Turn Too Often sees Brother Reverend expanding on their trademark sound, which fuses elements from vintage rock n’ roll with R&B and singer/songwriter themes, and longtime followers will be able to notice instantly just how much the band has grown in the last couple of years. I was expecting quite a bit out of this record myself, and to my delight the band delivered everything I could have asked for and more within this release – something their contemporaries have failed to do in all of the last calendar year.

The Tables Turn Too Often kicks off with a title track that is reminiscent of the Beach Boys in its insolated groove. The psychedelic-tinged sway of the song is propelled by a feathery beat that sort of dances around the band rather than dominating it, with the strings layering one after another along the sides. The airiness of the track is punctuated with cutting vocals that are remarkably higher in the mix than any of the other instruments, but the arrangement of the song never gets so off the wall that we feel like we’re listening to a shapeless piece of avant-garde pop as opposed to a genuine rock song. Experimentalism is king in 2018, but few are as boldly forward about veering into the unknown as Brother Reverend.

The bluesy strut of “Anything New” and the exoticism of “Charles Ng” are good examples of the multidimensional nature of the songwriting to behold in The Tables Turn Too Often, and were my personal picks for best tracks on the record. “Anything New” startles us in the third slot of the album by stoically departing from the tempo of the first two songs and engaging us in a decidedly more relaxed exercise. It mellows us out for the remainder of the album, including the dissonant swing of “Charles Ng,” which to me feels more like a 60s pop song than it does a slice of post-alternative rock. The key to making any LP flow is to arrange its songs in an order that builds up our attention, and you’d be hard pressed to find a record that’s more fluid and gripping than this one this year.

Out of nowhere The Tables Turn Too Often has quickly become one of the most hotly discussed albums of 2018, and it isn’t just because of the lack of exciting new music to talk or write about. Brother Reverend have found a formula for making larger than life rock music without overly abusing their distortion pedals, and that’s not just a rarity in this genre – it pretty much never happens anymore. Their technique is their own and the waves that they make in the international pop music scene are going to be impossible for even their most ardent critics to deny. I’ll be keeping an eye on these guys, and I’m certain that I won’t be the only critic doing so.

User Rating: Be the first one !
Share
Previous The Fibs release Self-Titled LP
Next The Danbees release Down at the Bar