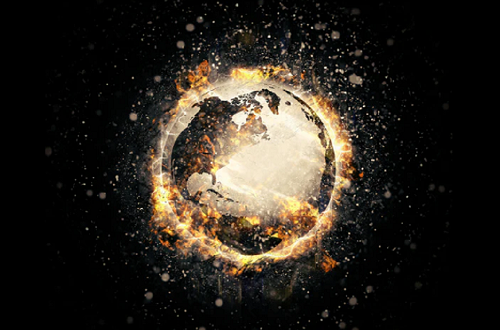 Blues music is quite literally at the foundation of all western pop and rock music, but when it’s being presented in its purest of forms, there’s no denying its charismatic tone as it exists independently from the genres it has influenced in the past century. A lot of singer/songwriters do their best to give this legendary aesthetic the artistic respect it deserves, but there are very few you’re likely to encounter this season that are bringing the panache Alex Lopez and his band are to the new record Nasty Crime, itself a tribute to some of the most important tent poles of the traditional schools in blues.

The keys in tracks like “World on Fire” definitely put up a lot of sizzle, but next to the guitar-powered essence of the title track, “Just Wait,” and “That’s Alright,” there’s no debating what the true instrumental center of Nasty Crime is. There’s just no getting away from the monstrous presence of the strings in any part of this tracklist, and I would even go so far as to say that without the pressing physicality of the guitar, the fever pitch of songs like “No Way” and “I Don’t Care” wouldn’t be nearly what it should be.

Lopez’s lead vocal was made for the sentiments of “Holy Woman” and “When the Sun Goes Down,” and I think there’s a case to be made that he would be able to deliver just as much of an emotionally poetic verse against more of a stripped-down, single-centric backdrop as he is with the band in Nasty Crime. He’s not being egomaniacal, but there’s also nothing strong enough to compete with the intricate concept in this story that begins and ends with his words (and their relationship with the adjacent strings, mind you).

I don’t know if you can listen to a record like Nasty Crime without thinking about Cream, as the Clapton/Bruce overtone to the harmonies in “See the Light,” “World on Fire,” and “Hooked” is almost too grand for even the most inexperienced of critics to ignore. Although he isn’t lifting anything directly from the iconic ‘60s blues-rock outfit, Lopez is making his own version of Wheels of Fire in this LP – complete with a fleeting nod to the bohemian ala “When the Sun Goes Down” that could easily be expanded upon in a future release. Whether he does so or not doesn’t matter – the statement of his versatility has been made with this eleven-song tracklist.

The classic rock vibes are hard to escape in Nasty Crime, but make no mistakes about it – Alex Lopez is still the same bluesman he’s always been at the end of the day, and that’s what gives this album and all of its material the blue-collar edge so many similar releases have been lacking in the last few months. This is for the discriminating listener who can spot synthetic B.S. a mile away, and the pragmatic compositional subtext to the narrative is enough to make me really want to keep this singer/songwriter on my radar in the future.

User Rating: Be the first one !
Share
Previous Vineet Singh Hukmani “Dee Da Da Da (Love is Your Game)” (SINGLE)
Next The Chillbumps “Welcome to Our Arbor Day Fair” (LP)