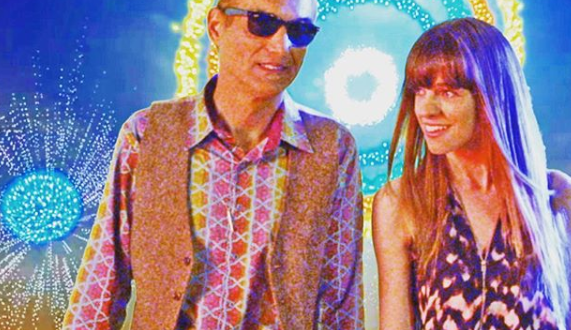 AV Super Sunshine is back with new Single “Smile”

In the original incarnation of AV Super Sunshine’s “Smile,” which was first released back in 2016 on the Bass Face EP, an acoustic guitar provides a near-perfect foundational melody for the acclaimed AV to weave together a soft but brooding lead vocal, and though its strings play a smaller role in “Smile (House Remix),” the texture and tonality that they contribute to both versions of the powerhouse song is inarguably pivotal to the music’s addictiveness in either scenario. AV Super Sunshine offers a rare moment of unguarded poeticism in this composition that sounds endearing regardless of how it’s absorbed, and personally, I think it’s some of his best stuff to date.

The strings in the first “Smile” are indeed dazzling, but I’m not sure they hold a candle to the fireworks that the beats are setting off in “Smile (House Remix),” which I would say is AV’s most rhythmic club number we’ve heard from him in his career thus far. I would have liked a little more surrealism in the construction of its bass part, but other than that, there’s nothing in need of any serious cosmetic tweaking in this latter mix of the song.

Although the vocal part in the music video for “Smile” probably would have benefited from some more oomph behind the soundboard (perhaps a scooped EQ?), the vulnerability in AV’s voice never comes into question here. There’s rarely an instance in either version of this track where we the layers of melodicism come crashing into each other, and while the verses take a backseat to the grooves in a couple of junctures (particularly in the remix) as far as blunt expressiveness is concerned, there isn’t a single element present in this composition that doesn’t appear to have been carefully arranged by our leading man.

Something that both the Bass Face mix of “Smile” and the house-style reshuffling have in common is their brutish percussive components, the best of which frame the chorus and give the hook a little more panache than it would have had otherwise. The melodic parts here are unabashedly bold and colorful, but were they not accompanied by the potent drumming, I’m not convinced that the music would have been as memorable, nor AV’s delivery of the verses as affective, as it is in the state we find it in with the two versions of the track on record store shelves today.

There are a lot of really interesting single/remix combos out at the moment, but if you were to ask me what pairing had captured my attention more than any other this spring, I would probably respond back with AV Super Sunshine’s “Smile.” “Smile” covers a lot of stylistic ground for being as short and sweet as it is, and though it’s an ambitious offering from an artist who has been described as both eccentric and experimental in recent years, it’s a selection I would tell both mainstream pop fans and more erudite disciples of the American underground beat to give a shot this season – if for no other reason than to hear what all of the hype has been about.