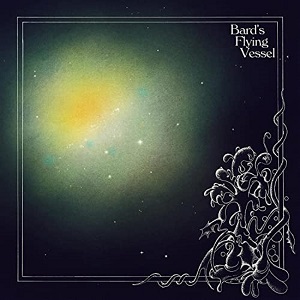 November 1, 2021 CATCH OF THE MONTH, MUSIC REVIEWS, PICK OF THE WEEK

In rich kaleidoscopic colors that transcend sonic limitation rather arrogantly, the powerful melodies of “Pavilion” come rushing through in stereophonic sound as we listen in on Bard’s Flying Vessel’s new LP I, released just this past October 27th and currently available everywhere quality indie rock is sold and streamed. This abbreviated introduction to the record is seductively warm and acoustic-bound when we get into the guts of the song, but it doesn’t leave us completely unprepared for the sludge of “Melting Plastic” at all. Contrarily, I think that the immediate contrast that comes into focus early on in this tracklist identifies Bard’s Flying Vessel as a versatile unit as opposed to a puritan act (which is becoming the popular look for a lot of the bands in their scene at the moment).

“Back to Being” sports the first true cerebral craftsmanship in its psychedelic-influenced vocal harmonies and Nuggets-like swing, but it stops short of sounding like a ‘60s throwback in terms of its lyric/beat relationship. There’s a punky adrenaline to the play we’re hearing in this single-worthy song, and it spills over into the slower tempo “Cut in Half” sounding out of place or, perhaps worse yet, overstated in the grander scheme of things. Bard’s Flying Vessel has a lot of heart invested in this material, and it’s not circumventing their ability to rage as hard as they want against the mundanity of contemporary pop; from where I sit, it’s actually giving them the advantage in the dogfight that indie rock has become over the years.

The absurdly heavy “Innkeeper” has a bassline that might as well have been played by the iconic Scott Reeder, but I love how well its verses uphold the melodic ring of the guitar parts even amidst all of the sonic haze. “Birdhouse” is a little more avant-garde in its amalgamation of surf rock, psychedelic folk, and chamber pop, but it too carries as much weight on the backend as its tracklist predecessor does (along with a sexy “Edge of Seventeen”-style groove that punches us in the groin around the 2:51 mark). Although “Eyes Are Held” and “Marble Horses” flirt shamelessly with retro rock concepts in their verses, they anchor the second act in I with a humbleness that I wish I could hear more of in alternative rock nowadays, but next to the blushing “The Jetty,” none of these songs advertises how ambitious this band can get when they’re onto something sweet in the studio.

Rainy rhymes and a playful beat are all Bard’s Flying Vessel need to sweep anyone off their feet with “(In Love With) The Bully,” and while I really appreciate the way they get us started in “Pavilion,” this track could have led off the album just as well. “Antonio Bay” brings us across the finish line peacefully, but I’m not the least bit deceived by its relaxed demeanor; it too spotlights a band that has restless energy they know how to deal with, and they’re putting it to use in I too well for music enthusiasts not to take note this year.