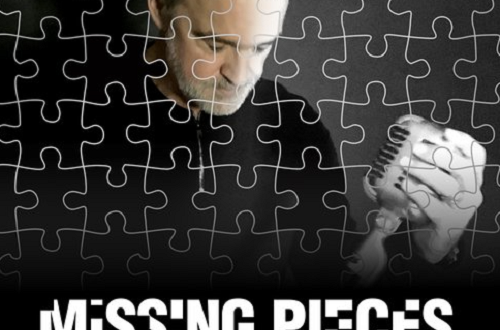 Sometimes a solo outing is the only way to get something off of your chest as a creative, and I think this is partly what led Chris McCooey to issue a masterpiece of a one-man effort in his new album Missing Pieces this December. McCooey’s melodic moxie is as powerful as ever in songs like “Well Well,” “Home to Me,” and “Just Like You,” just to name a few of my personal favorites. There’s a lighthearted sense of freewheeling that accompanies his every verse here, including those that hold a considerable amount of emotional value, frequently bringing to mind Blood on the Tracks-style folk-isms amidst genuine rock rambunctiousness found in equal measure.

In “Home to Me” and “Raise the Roof,” it becomes impossible for McCooey to deny how much he depends on the melodic conveyances of his guitar to make a stinging point all the more potent in his music, but this only further aligns him with the legends of recent Americana and heartland rock revival. Rather than trying to distance himself from any specifically old-school artistic faceting in this album, I get the sense that he wants to embrace as much of his retrospective side as possible here, illustrating elements of the tale he wishes to tell through the lens of a familiar, albeit dusty, musical style. It’s not straight-up recreations of the muddy blues-folk-rock-country amalgamation that ruled a great deal of forgotten ‘60s counterculture, but an acknowledgment of what it took for this player to find the sound he claims today. He’s got a lot of Bay Area eclecticisms to his sound, and they’re giving us a full-bodied treat in this tracklist.

Even in more sobering moments, Chris McCooey’s Missing Pieces is flush with rare humanity and urgency to live that I don’t find as commonly in the mainstream as I do in underground artists more dedicated to the work than they are the glory of fame. “So Complicated,” “On My Way Back Home,” and “Raise the Roof” air out his emotions in an almost manic fashion, pendulously vaulting from the singer/songwriter lexicon back to something more pop/rock flavored without sounding like opposites in this tracklist. The fluidity of the album is made possible by the heterogeneity of the material mixed with the passion of its lead performer, whose attitude and approach make even the zaniest of concepts feel accessible to the audience here.

Missing Pieces is so much more than just a love letter to the hardcore fans who have found Chris McCooey through his celebrated 2020 EP Lovers and Cynics; to me, it’s a confessional work coming straight from his heart. He comes in raw with these songs and doesn’t let up through any portion of the tracklist, and skeptical as I was about the buzz his sound has received, I can’t say he doesn’t earn it here. There will be other albums boasting vintage cues similar to those in Missing Pieces this season, but don’t be fooled by imitations – Chris McCooey’s new LP is the hipster rock record you need to be hearing right now.