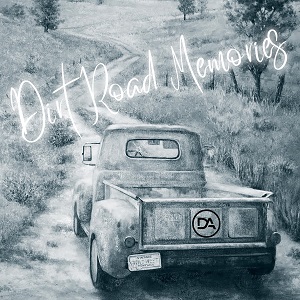 Daniel Andrews is cut from a different cloth than the plethora of country performers you hear today. The Houston, Texas native has scored big with the single “You Make Loving Me Look Easy” and his follow-up “Dirt Road Memories” promises to further expand his growing audience. It’s the sort of authentic expression of nostalgia free from saccharine sentiments and, instead, full of life’s everyday poetry. There’s a pensive mood pervading the piece, without a doubt, but it is far from depressing. Instead, Andrews digs deep within and gives his audience pure unadulterated country.

It builds slow, never rushing its intentions. Andrews has larger intentions in mind with this song than kick out the footlights honkytonk and takes his time. The ghostly guitar playing avoids any overkill and the spaces between each phrase gives the song room to breathe. “Dirt Road Memories” is one of those songs where it’s obvious the artist recorded the performance knowing well what they wanted and how to get there. It isn’t always the case. The stellar production captures each nuance of the instrumentation without ever sounding overwrought.

Andrews has a full and soulful voice. His lyrics are likewise among the best you will hear in modern country. Ignoring the plainspoken poetry of this song is impossible and he conjures specific details for listeners torn from the pages of his autobiography. It isn’t a rote regurgitation of lines he’s cribbed from a thousand songs preceding his own but, instead, a loving and sometimes rueful reflection on a past he can never reclaim. Honoring that past, however, is why he’s here.

The song shifts into a higher gear with the climatic guitar solo. It isn’t something you’d hear on a Johnny Cash record, that’s for sure, but the rock language of that solo doesn’t seem out of place. Instead, it’s an impassioned instrumental expression of the song’s emotions. Andrews’ lyrics hold nothing back and the guitar does the same. He swings into the song’s final passages engaged as never before, his voice digging deeper into each line, and anyone who doesn’t respond to the cumulative effect needs their pulse checked.

Andrews is a different kettle of fish than garden variety country performers today. “Dirt Road Memories” takes emotional risks others won’t dare. There’s a slight theatrical flavor in the way he backseats the music for his lyrics during specific points in the song, but it works. It shows well-deserved confidence in the material rather than striking me as cheap or hammy. Andrews has a firm grip on every second of the performance that never slips and holding listeners’ attention with such personal material is a gift.

You hear a man who has traveled lost highways. He’s known joy. He remembers everything and “Dirt Road Memories” testifies to it. The ghosts of legends walk alongside this side and, as Andrews moves on, he will be busy building his own legend, one song at a time. It’s worth your time and money to follow him each step of the way.