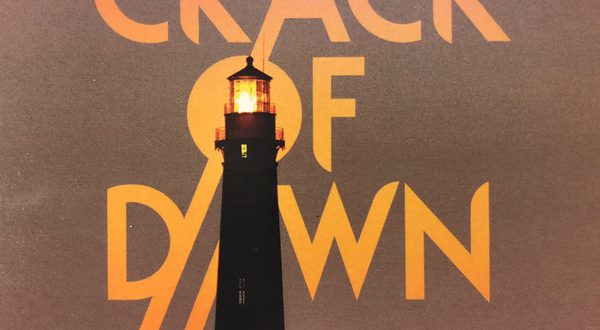 Crack of Dawn’s third studio album Spotlight, the second released outside of Europe, is a glorious return to form for an act who first debuted in 1975. They announce their return with a song brandishing the band’s name, “Crack of Dawn”, and it throws the full breadth of their sound at listeners new and old. The nine piece band has one of the best R&B horn section I’ve heard in recent memory and bassist Charles Sinclair and drummer Carl Otway demonstrate a side of their musical talents later songs only further expand on. We are treated to those alternate sides of their skill with the next two songs, “Somebody’s Watching” and “Booby Ruby”. The former mixes funk with R&B sensibilities with great effect while “Booby Ruby” is a musical good time, never too serious, and more about pleasures of the flesh. It’s never put across in a trashy way, however, though you can tell vocalist Michael Dunston is having a great deal of fun performing the song.

“Keep the Faith” has an upbeat message well in keeping with the album’s communal spirit and the song’s steady roll towards its conclusion is vividly punctuated by the horn section and a fluid, swinging bass line from Sinclair. This song will stand out for many thanks to how well Crack the Dawn merges the R&B and funk sides of their musical character into one song without ever leaning too far into one particular style. “It’s Alright” is another throwback with a thoroughly modern sound, but the organ playing adds some extra muscle to the song and carries it a little further into funkafied R&B territory. The backing vocals are exceptionally well used, but Dunston sets himself apart again as an elastic singer capable of inhabiting virtually any song.

“Ol’ Skool” is a lush R&B nod to the band’s influences and peers, iconic names in the genre like The O’Jays and The Commodores among them, without the song ever sounding like an artificially construction confection. Instead, the song comes off as organic and full of the same sincerity we hear in Crack of Dawn’s earlier and later tunes. “Spotlight” is a fantastic title song containing the nuance you’d expect out of such an effort and the bluesy effects exerted by Dunston to make this song work are worth the price of purchase alone. “Your Love” is one of the album’s more commercially viable tunes with a seductive, smooth feel ideal for radio play and certain to appeal to both hardcore devotees and casual fans alike. The vocal arrangement is ideal for the track and really takes off with each chorus. Spotlight finishes off with the track “Changes” and if you’d expect Crack of Dawn to brood over the theme at a snail’s crawl, you’d be mistaken. Instead, they serve up another example of their seemingly effortless ability to bring funk and R&B together for a poignant album finale. Crack of Dawn’s Spotlight may be a throwback, in some respects, but it’s a reminder of the lasting power of these forms we need in the last years of the 21st century’s second decade.