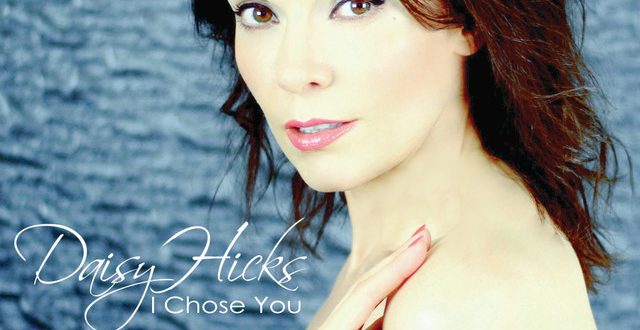 Daisy Hicks “I Choose You” and “Upside”

Daisy Hicks “I Choose You” and “Upside”

We’re living in a new era of music as we know it. Gone are the days of the stringently categorized; the labels and boundaries of genre that once restricted artists and both capped their financial potential as well as their creative control on the mainstream level. Replacing those archaic formulas are new philosophies about what an artist should have control over and how dexterous and multifaceted an artist’s career can be. In other words, while we are truly living in a time where the artist has more power of their own destiny than during any other period in history, with that power comes a great deal of responsibility to the listeners who are going to propel them to the top. Artists can no longer afford to be one dimensional. It’s not enough to just be a good singer or a virtuosic guitar player. You’ve got to be able to break through every wall, audible and visible, and you’ve got to be pretty creative in finding a way to do it that no one else has ever tried before. For some, the challenge is impossible. For others, like Daisy Hicks, it’s like second nature.

Within the context of music and the music industry as a whole, Daisy Hicks is the definition of the word maverick, and isn’t shy about letting you know as much via her skillful mastery of free jazz arrangements in her most recent works “Upside” and the fun “I Choose You,” which have seen a litany of remixes since their initial debut on European radio and subsequent arrival in the American college radio landscape. Since the start of the summer, it’s been hard to get away from the Hicks if you’ve been closely keeping up with underground pop, and as autumn approaches it’s starting to look like she’ll face little – if any – challengers as she continues her rapid ascent to the top of the charts. Part of what is creating all of this new interest she’s been benefiting from this year is in the aesthetical duality she highlighted in the release of “I Choose You” and “Upside.” Each song shows a very distinctive side of what is ultimately the same artist, but prior to now, it had seemed like Hicks might be a little hesitant to put all of her cards on the table. Those days, too, are done and gone.

“I CHOOSE YOU” ON SPOTIFY: https://open.spotify.com/track/1elou8c4TyxKtiBk14O8AC?autoplay=true&v=T

Her competitors (because let’s face it, in these ultra-competitive times we’re living in, terms like “contemporaries” are thinly veiled terms to fill a space where words like “rivals” actually belong) might be wise to look out for what Daisy Hicks is dishing out these days, because it’s not going to be long before there aren’t any musicians left with the chops or the skillset to keep up with what she is crafting. Her legacy is writing itself, and as a flurry of younger musicians look for someone to guide them towards musical nirvana and the genesis of the future, I think that this singer/songwriter is going to be someone that they turn to for direction more and more as time goes on.

Between the 2 remarkable singles I like “I Choose You” the best.

User Rating: Be the first one !
Share
Previous Tim Hindmon
Next Conceptz – Splash