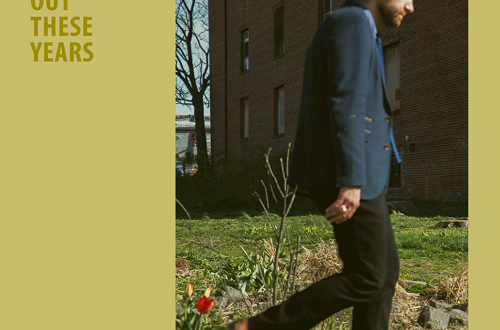 Daniel Tortoledo’s Through out These Years, “Dark Times (Brothers and Sisters)”

Skulking into focus with a pendulous swagger, we find the opening cut in Daniel Tortoledo’s Through out These Years, “Dark Times (Brothers and Sisters),” ready to crush us with its sonic presence just as it would the grim-shaded imagery of its music video. Tortoledo’s voice meshes with the melody of the strings all too perfectly, but their murky harmony is only a sneak preview of what the glaring “Eloise” and “You Can’t Have It All” will slowly but surely refine into pure aural gold. Through out These Years is at first disturbingly eccentric, but as its plays on, it becomes almost endearingly left-field to the degree of feeling like a manifesto more than it does a collection of melodic diary entries now made public for all to judge.

The seventy-nine second “Intermission” leads us from “You Can’t Have It All” into the icy piano balladry of the title track with ease, but the dirge that ensues upon entering the realm of this fifth song on the album is inescapably dark – in a good way, mind you. Daniel Tortoledo starts to sound almost Pink Floydian in his statements and self-awareness in this portion of the album, but the theatrics of a progressive rock album are nowhere to be found in Through out These Years. The camp and the pomp that accompany true concept works are missing in action from this piece, and justifiably so – honestly, I can’t think of anything worse for the sobering style of content this boldly poetics singer/songwriter is dishing out in this LP.

“Bottle of Wine” has the heaviest pop sensibility, but it’s not a radio-ready sellout in comparison to its heady folk/rock neighbor “Not Too Late.” The second act in Through out These Years is a lot more thoughtful and extensive in length and style – for example, all of the songs past the title track are at or slightly over four minutes in total running time – but the material doesn’t start to bloat as we near the conclusion. Instead, it’s as though Tortoledo gets more and more comfortable with his surroundings as we grow to understand his personality and the musicality it can create when he’s firing on all cylinders in the recording studio. If he’s this good inside of four confining walls, I can’t wait to hear what he can do on the stage sometime.

“Spare Time” floods our speakers with a starkly optimistic tonality before giving way to the peaceful epilogue that is “Give Me Soul,” the last track we hear before Through out These Years disappears behind the cloud of silence through which it came ripping some half hour earlier. I wasn’t feeling much of the singer/songwriter beat out of the American underground this summer until getting turned on to what Daniel Tortoledo presents listeners with in this 2019 debut, but with the influence he stands to have on his scene moving forward, I think we can count on hearing some solid melodies in this genre as the 2020s get into full swing. Through out These Years is a turning point, not only for its artist, but for the style of music he’s trying to resurrect.

User Rating: Be the first one !
Share
Previous “Live from Lockdown” (LP) by Streaking in Tongues
Next Austin English’s “Willie Nelson T-Shirt” (Single)