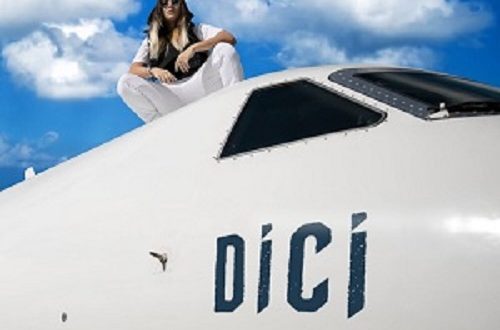 It’s a refreshing occurrence, when the music industry shows the ability to still surprise you. Occasionally, an artist arrives who is so stupendously idiosyncratic and animated, that it restores your faith in originality. Now, it’s too premature to say that young Italian rapper, Dici is leading the charge to a colorful new world. However, his mere existence is a testament to the imagination, and that absolutely anything is possible.  The story of Dici is one that must be told, but may be hard to believe.

Dici began his journey in middle school as a lollipop salesmen. He used the funds he acquired through that venture to start a customized sneaker business. He would apply original artwork to sneakers, first by using sharpies before leveling up to acrylic paint. Dici was born in Milan, where he lived the first five years of his life, before absconding to Miami, FL. Since then, he has reportedly spent significant time in Japan, picking up some of the language, along the way.

He would eventually go on to establish his own record label, Dici. Dici , himself, is an astonishing sight. With long, dual colored hair, he actually resembles a young Fabio. A comparison which would probably be completely lost on him, as Dici is all of 17 years old. That’s right, the self-produced, rapper/entrepreneur, is still considered a minor in most places.

We don’t know a lot about Dici’s influences, but on “Vector,” you can here a faint Kanye West style cadence. Dici reaches certain peaks of intensity and velocity on the record, most of which are impeccably timed. On “Shibuya,” which is a city/ward in Japan, Dici goes harder and faster, than at any other point on the EP. His tempo is at a near frantic speed, as he stomps through the track, like an Italian Godzilla. “Shibayu” is listed as a “bonus” track, but stands up well to anything else on the entire album.

Truth be told, there isn’t any filler on the record, per se, just songs that you may like, more than others. That is because, Dici shapes his choruses and hooks to all be distinct from one another. He often repeats the song title, in blatantly subliminal fashion, to brand it into your memory.  It usually works, but there are a few cases when it begins to feel superfluous. As with most effective hip hop artists, it’s Dici’s embellished yet naturally delivered persona that drives a substantial portion of his music.

At this point, Dici is something of a well kept secret. His social media numbers are still rising, and even with all of his current equity, he is still a relative newcomer. It’s important to stress that the self titled EP sounds and feels like a true beginning. Much like The Jester card in the tarot deck, Dici has an absolutely pristine slate to start from. What he does next, is destined to be interesting.