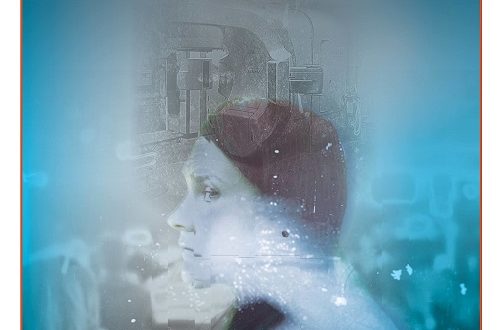 Onetime manager of Guns ‘n’ Roses, among others, Vicky Hamiliton’s Dark Spark Records are gatekeepers for Elsewhere’s full-length Life… is a Fraction. The first ten tracks of the dozen included on this release constitute a conceptual work telling a story about a character who discovers the Fractional Theory of Incremental Time Perception without trying and their experiences. There are two additional songs at the end, self-consciously designed singles set apart from the aforementioned concept, but they surprisingly don’t provide listeners with any sort of jarring effect.

Singer/guitarist Michael Aroian, bass player Kevin Swaluk, and drummer Adam Soucy inspire confidence in listeners and never lose it. It is experience, intelligence, and a clear sense of direction serving them well. Craftsmanship does as well. They break the conceptual part of the album into chapters, essentially, and the opener “Restless” embodies its title. Life… is a Fraction that captures Elsewhere in full flight from the outset.

There are Floydian echoes audible from the outset of the album’s second track. “Chapter II” of the album, “Origin Story”, is far clearer and more concise than their esteemed predecessors, however, and carefully modulates its approach. It is skewed without ever sounding so skewed that casual fans can’t hook into its charms and the nasal vocals may test some listener’s patience. Many of these songs embrace outright guitar rock despite their synthesizer-laden proggy ambitions and they aren’t worse off for it.

The fourth chapter, “Rolling On”, is one of the best rousing quasi-rock anthems Elsewhere serves up for this release. It’s illustrative of Aroian’s songwriting prowess that he turns the “form” somewhat on its head with some of the track’s lyrics. It behooves any serious listener to engage the words as they may rarely do as this is where the bone and marrow of Elsewhere’s narrative lies.

Challenging tempos and textures don’t knock the band off stride. “Diagnosis” will keep even experienced listeners guessing during a first listen as they negotiate its off-kilter riffing with singular aplomb. Yes, there are influences galore in what they do. No one sounds like Elsewhere, however. “It’s Happening Now” is an explosion of rock guitar muscling in on the listener’s consciousness from the first crash of its guitar chords. This powerful songwriting, musical, and sonic statement pack an enormous wallop late in the concept album, but there’s more to come.

The dream-like waft of the eighth chapter, “Reflection”, is never so soft and indistinct that it fails to engage listeners. Elsewhere eschews extended instrumental breaks for the most part and “Reflection” isn’t an exception, opting for this approach without ever losing its punch. The collection has an engaging physicality that no one can ignore. The closer for the conceptual part of the album is the tenth chapter, “Finale The End of Everything”, and it may remind some select listeners to UK space rockers Hawkwind. It’s a dazzling final curtain certain to hold the interest of listeners.

The album’s absolute finale, “The Pledge”, is mixed by Grammy-nominated producer Mark Needham and doesn’t feel tacked onto the ending at all. It is a risk – there are some out there who will likely feel that Elsewhere should have dispensed with these final songs altogether. Both, however, essentially share the same musical character as the earlier cuts and never mar the album’s presentation in a significant way. Elsewhere’s Life… is a Fraction that sets the bar high and clears it with ease.

User Rating: Be the first one !
Share
Previous Steve Junot and the Infamous “Last Shot’s” (LP)
Next The Sisters J “Clearly” (SINGLE/VIDEO)