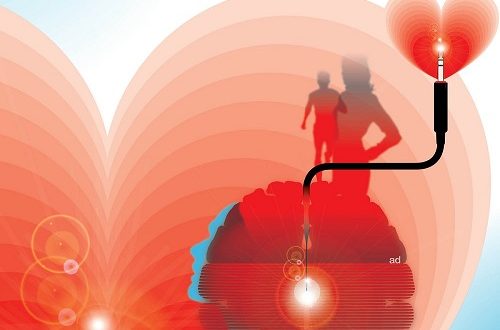 Elsewhere’s “The Pledge” is a single the Boston-headquartered trio cut with the ambition of raising funds for the Alzheimer’s Association. The recent release is another high water mark in the band’s long run as a force on the East Coast indie rock scene. Despite holding day jobs in the corporate world, Elsewhere has proven they possess staying power as an ongoing musical concern rather than a less than serious lark pursued by competent dilettantes. “The Pledge” is an impressive blending of different musical stands from a handful of stylistic sources, but it comes off as an unified composition with each component complementing the next. Mark Needham’s mix for the track weaves these disparate elements into a greater whole with a full lush sound.

It is a sign of their rising profile they are working with experienced mixing board professionals such as Needham. Credits with artists as diverse as Fleetwood Mac, The Killers, and Neon Trees illustrate how he adroitly couples modern aesthetics with bedrock fundamentals and, on that basis if no other, makes him a perfect fit for Elsewhere’s purposes. The opening verses embrace a near orchestral pop slant with underlying acoustic guitar and Michael Aroian’s voice soaring into the skies. There’s a slight nasal edge present in Aroian’s voice, but it will risk few listener’s displeasure.

The rhythm section helps navigate the turn into the hard-hitting bridge and chorus. Their playing is a highlight of the performance from beginning to end. Aroian unleashes a torrent of rugged riffs and his skill with the style is apparent for first time listeners. It never sounds affected; the band is as convincing working in this mode as any other. Aroian’s singing matches the musical facility.  He inhabits the near-ethereal early verses with an emotional and melodic presence and fuels his singing with added oomph during the heavier passages.

Elsewhere has released the single with a supporting video. The band does an excellent job of meshing the band, recurring images of those living with Alzheimer’s, and the lyrics with fleeting images of good and negative developments in the area of Alzheimer’s research. There is a thoughtful construction evident in this video indicating the band had a clear vision of what they wanted the clip to look like before filming even a second of the project. They bring the same level of excellence to this video present in their songwriting.

The lyrics will resonant with anyone who has seen Alzheimer’s effects close up. It is difficult to imagine what, in your more lucid moments, you might think when the disease first takes hold but Aroian makes the brave imaginative leap to envision what goes through someone’s mind as the illness takes hold. “The Pledge” is an impressive musical and songwriting achievement and it is all the greater that a key organization such as the Alzheimer’s Association will profit from the song’s exposure. Elsewhere’s new single will, as well, only add further luster to their already sterling reputation as one of the more interesting rock bands working today.