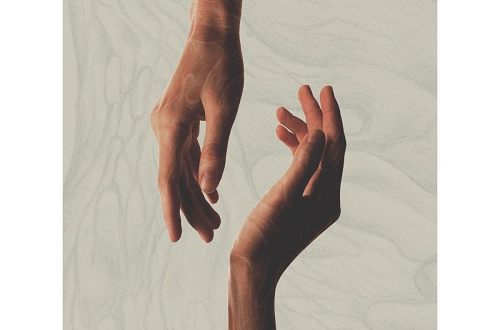 The Bible says all is vanity and there’s nothing new under the sun, publications presumably in the know commission long examinations of the paltry value of modern music, but then you hear the Shayne Cooks of the world and realize the future is in safe hands. His debut song collection Epiphonetics has a theatrical vibe he shares with an assortment of peers and contemporaries, but whereas many in his generation or close embrace an architecture of sound and fury signifying nothing, Cook’s songwriting has complete artistry and leaves no stone unturned provoking a reaction from listeners. His artistic control is remarkable for such a young songwriter and, though he wears sometimes wears his influences on his sleeve, each song bears identifiable marks of the individual behind these tracks.

You hear it in his vocal approach and lyrics alike. Cook isn’t afraid to rifle through his own back pages for song inspiration though writing about his father’s abandonment and beginnings as an adoptee in “The Stawell Gift” packs an enormous amount of emotional weight. The terse piano melody underpinning Cook’s singing lends an additional note of gravitas to an otherwise fraught tune, but the listening experience is never unpleasant. Cook writes about difficult subjects with humanity and insight. “Shouldn’t War” raises the musical intensity several notches but not until after a pensive setup that Cook takes the right amount of time developing. His unerring instinct for never rushing these songs pays dividends throughout the release.

“Matters of the Heart” is one of the album’s more accessible numbers, but it doesn’t make it any less personal. It is reassuring to know Cook is capable of bring a sense of the universal to his own experiences and this is a factor in the album’s ultimate success. He follows much of the same musical template thus far defining the release. The midway point of the album “Disaster Yet” has a stately march thanks to the marriage of drums and piano; the juxtaposition of the subject matter with the comparatively restrained musical arrangement makes for a good mix.

Strings make their deepest impact on the release with the cut “City Fire Lights”. It is another theatrically themed number in its construction and Cook inhabits the arrangement with a careful yet deep feeling presence. It is another of the more personal turns Cook shares with listeners on this release but remains relatable despite its closeness to the artist. Cook finishes the album with the same low-key demeanor heard during the preceding eight songs.

Piano and vocals carry “Ritual” and subtle shifts in the musical arrangement. It has a lush instrumental presentation without ever sounding too cluttered and the keyboards are very effective. Shayne Cook’s Epiphonetics will definitely make an impression on even longtime music devotees; he has made a memorable debut that sets the bar high for future recordings. Coming in on the ground floor of a career seemingly destined for even brighter days is thrilling stuff and there’s little question that following Cook will pay off in the end.

User Rating: Be the first one !
Share
Previous “Mexican Ana” (SINGLE) by Ted Cline
Next “For What It’s Worth” (SINGLE) by Scott Celani Band