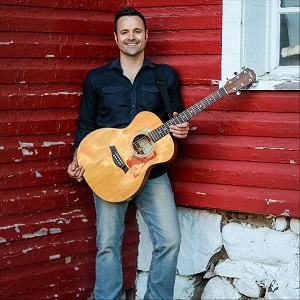 “For What It’s Worth” (SINGLE) by Scott Celani Band

“For What It’s Worth” is the well-known folk tune most know and from where it originated, but this has an interesting coinciding pattern to it with Scot Celani being from Buffalo and the original being from Buffalo Springfield and who knows if that is an accident or not.  What matters most is how the track translates to today’s world, and what better song to emulate that idea with than something as reflective as “For What It’s Worth” and what it has always stood for, which seems to eerily echo such things of the past it resembles in the great lyrics.

Anyone should be able to identify with this, but it’s not a lazy run through of the track by any means, it is a fabulous remake and the only sad part is, it all rings so true in the world today, just like yesteryear when it first came on the scene all those years ago.  I couldn’t help being reminded of many reflections I am sure the record had on minds when it was new, as this is not some one hit wonder track in the first place.  “For What It’s Worth” gets a new lease on its own life, thanks to this new version.

If you like good solid rock and don’t mind an old tune worked up to its future potential from the past, this is as much worth revisiting as it was worth remaking by a solid rocking band that delivers without question.  But this version will not make you forget the original, instead it takes you back to it for comparisons and you get two tracks that stand up- side by side with Celani doing justice for all.  And the background vocal chants bring it up a notch in the overall various speeds between the two versions.

What Celani does not do on “For What It’s Worth” is take anything away from the meaning and overall intentions of what Stephen Stills was putting over at the time in these wonderful lyrics.  I remember being swept away by the song at an early age when I started listening to my dad’s albums, but this new experience had me thinking much harder because we are living in a similar time and that was before mine, to be honest.  Celani brings it up to date and gives it a leg up but also gives it his own personal touch.  Top marks go to the effort.

“For What It’s Worth” will always carry the same meaningful message, but this is a version that updates that message with an urgency you can’t deny is important to the power of the people.  The people listened back when this song was written and recorded for the first time, but it is much harder to get the message out now even though technology is at our fingertips.  There is such a thing as too much information, so it is a double-edged society and that is why getting the word out about music is also important to those of us doing it.
Mark Druery

The music of Scott Celani Band has been heard all over the world in partnership with the radio plugging services offered by Musik and Film Radio Promotions Division.  Learn more https://musikandfilm.com