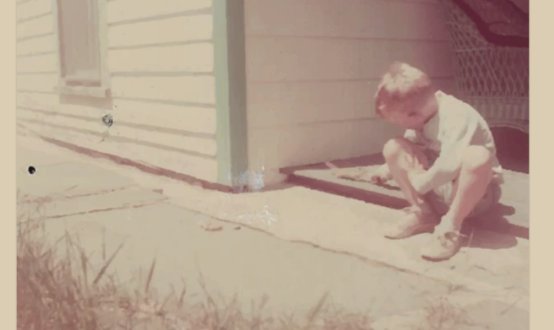 Self-aware but prepared to acknowledge his faults through the beauty of his lyricism, Eric Colville brings us into the opening track and title cut of his new album Philadelphia with arms wide open, seemingly ready to greet anyone at the door with a melodic magic that comes in second to none this winter season. His voice is charming and probably enough to get anyone to stick around for “How Come,” but to me, it’s the way the instrumental arrangement wraps around him in both songs that drives home the special tone of this record. As we’ll find in songs like these and “Afraid to Dance,” Colville isn’t a man who hides his feelings very well; they’re on his sleeve for the better part of Philadelphia and encouraging us to share ours as well.

“Angel” is a little tenser than “Song for Will” is, but this pair of tracks really facilitate a segue into the second act in the album I would be foolish not to highlight as one of the record’s best junctures. There’s a progressive influence over this artistry, but it’s not so intricate and complex that it leaves us feeling like we’re listening to an outright concept album, with all of the indulgent qualities that are found in such a disc. “35 & Thinking” could be a lead single here, but I really wouldn’t say that there’s any content in Philadelphia that sounds like it’s here just to fill in the time.

“Remember to Forget,” “Limbo,” and “End of War” are probably the most provocative works in this tracklist, but they don’t overshadow the simplicity of “Shadow of a Doubt” at all. Instead, I think that juxtaposition does Colville a lot of favors in Philadelphia in showing us just how much ground he’s able to cover when it really counts for something. Versatility is a cornerstone of superstardom, and it’s what this player is using to his advantage in tracks like “The Dash” to set himself and his sound far apart from those who are just trying to do the minimalist singer/songwriter theme that almost everyone has been in the underground over the past couple of years. Pandemic pop insularities are nowhere to be found here – this is personal, and he wants us to know it.

Philadelphia concludes in “Be Alright,” and as its melody trails into the darkness, I think it’s pretty obvious that this isn’t the end but merely a hint at what’s still to come from Eric Colville in the future. He’s banging out what could be the most cohesive folk/rocker I’ve listened to in the past couple of months in this record, and his ego is checked at the door for the whole of the tracklist. This is more or less as intimate an offering as this era in American music has been able to offer, and in terms of listenability, I don’t think you’re going to hear another record quite like Philadelphia anytime soon. Colville is a gem, and he’s making that very well known here.