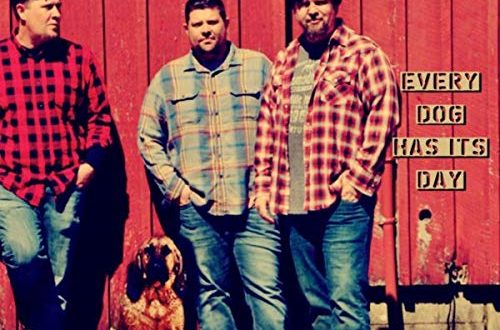 “If you’re gonna run with the big dogs, you gotta get off of the porch” announce Flat River Band as the title track of their new album Every Dog Has Its Day starts to play. Blunt and free from the predictably enigmatic content that has become all too common among mainstream country acts in the last five years, songs like this one are par for the course on Flat River Band’s fifth LP, with other gems in “Beauty Amongst the Trees,” “No Hill for a Climber” and absolutely spellbinding “Devil on the Side” encompassing a newly simplified style of lyricism for the group. They’re all about pumping out the muscular over the mundane in this disc, and they’re rightly getting plenty of attention for it.

“Beauty Amongst the Trees” and the title track are probably the most radio-ready of the seven songs here, but in all actuality, all of the tracks on this record could be worked into singles if Flat River Band saw fit. “In Another World,” “Wings of a Rumor” and “John R. Brinkley” are made up of some really intriguing melodies, and though they’re perhaps not quite as harmonious in structure as “No Hill for a Climber” or “Devil on the Side” are, there’s no denying that the material on Every Dog Has Its Day feels like it belongs on the same album, which hasn’t always been the case with the increasingly eclectic country genre in the underground and the mainstream.

The string play in this latest release from Flat River Band is definitely centerpiece of the construction for most of the songs here, but I wouldn’t say that the entire LP feels like an homage to the guitar-oriented country/western swing of yesteryear. There’s just as much attention being paid to the vocal harmonies, which wrap around us like a warm blanket in the most emotional of ballads on the record, and though the mix isn’t quite as plasticized as something I would expect to hear on the FM dial, it’s efficient and well done for the kind of music being produced. Every Dog Has Its Day is an album that doesn’t try to be anything other than what it is at face-value, and this alone makes it one of the smarter country releases I’ve listened to in 2020.

I wasn’t very familiar with the complete body of work Flat River Band had recorded before getting into this record, but I’m interested in finding out more about their artistry, sound and future after admittedly getting addicted to the sway of Every Dog Has Its Day’s tracklist. Country music is changing and redefining itself in ways that none of us could have ever predicted it would, but for the present state of the genre, there aren’t many bands delivering as consistent an LP as this one just has here. From “In Another World” to “Devil on the Side,” there are no dull moments to be skipped over in Every Dog Has Its Day, making it one of the meatier melody-packed albums country fans can get ahold of at the moment.

User Rating: Be the first one !
Share
Previous Andy Michaels’ new album Incendiary Heart
Next “Friend of Mine (Elton’s Epic)” the new single from Rob Alexander