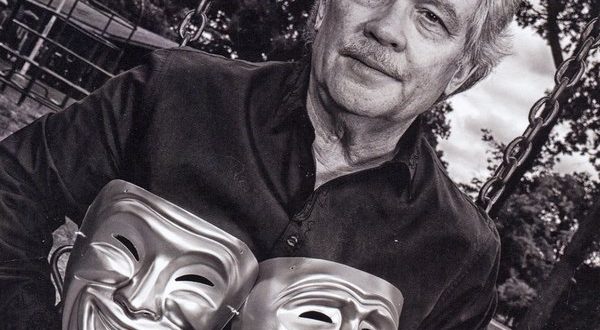 Though nestled against a backdrop as vibrant and vivacious as the bright lights of Vegas amidst the arid desert night, the vocal harmony in “Point of View,” one of the new songs on Gordy Hunt’s Mood Swings LP, is as much of a sonic centerpiece as listeners could have hoped for in this latest release from the acclaimed indie singer/songwriter, and truth be told, it tends to be the cornerstone component of every powerful moment this album’s dozen tracks have to offer us. Hunt isn’t holding anything back from us in Mood Swings; in fact, I think he’s gone further out on a limb poetically than any of us could have expected him to.

Lyrically speaking, I think “Ransacked Hearts” and “Sweet Coffee” are two of the more stirring tunes I’ve had the pleasure of reviewing out of the American underground in the last couple of months, and both tracks could certainly serve Hunt’s brand well as singles. There’s a personal investment from this artist in every stitch of audio that he sticks his name on, and in songs like these, it becomes all the more difficult for even the harshest of critics to deny his authenticity as a composer and singer.

The instrumental definition in the countrified “Wine, Women and Song,” blustery “Stomping Grounds” and unsophisticated swing tune “Just Can’t Leave Her” is definitely more than enough to convince me that Mood Swings is among the more well-constructed LPs you’re going to find on the left side of the dial this spring, but beyond that, I think the entirety of this master mix was crafted with a particular attention to detail you just can’t find on the Top 40 anymore. Hunt is committed to tonality over frills, and if that wasn’t obvious before, it’s absolutely made clear to us here.

Personally I would love to hear what the quartet of “Elephant in the Room,” “A Woman’s Touch,” “Waste of Time” and “Powerless” sound like when Gordy Hunt is performing them on stage, if for no other reason than to see their sonic sensibilities take shape in a way that would only be possible before a live audience. There’s so much vitality to each of these four songs, and my gut tells me that in-person, they probably boast even more of a punch than they do in the setting that we find them in on this disc.

I wasn’t very familiar with the music of Gordy Hunt before getting a copy of Mood Swings for myself at the behest of a close friend and well-respected colleague in the industry, but now that I’ve become exposed to its treasure chest of textured and tonality, it’s hard for me to imagine this being the last time I give his work a close inspection. Hunt is one of the few true blue singer/songwriters carrying on the mantle of the old guard, but for as indebted to tradition as his aesthetics are, his latest album plays out like just the breath of fresh air we needed this season.

User Rating: Be the first one !
Share
Previous Luis Mojica releases How a Stranger is Made (LP)
Next Mike Rickard releases “Out Loud” LP