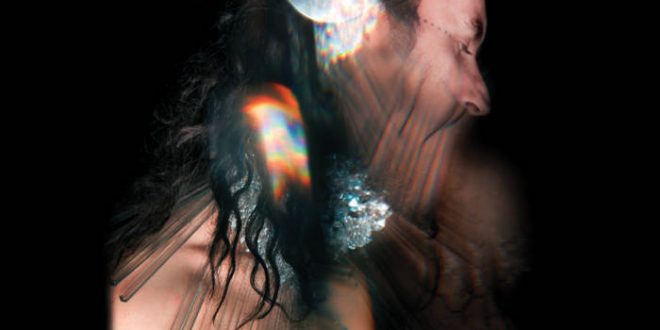 Luis Mojica releases How a Stranger is Made (LP)

Piano keys dance around us to a gentle but unsuspectingly eviscerating beat in “Invoked.” Drums crash into the instrumental entanglement fashioned as a foundational harmony in “Insane.” Luis Mojica circles us with a vibrant vocal like a shark sizing up its prey before going in for the kill in “De La Saint,” the leering string number “The Ranger” and “Cowboys” while allowing for the other components in the music to take center stage in “Witch Love,” “Moon Men” and the pointed “Shaman Food.” From “Queen Song” and its exotic melodicism to the ultra-surreal “Stranger Song” and bewitching “City Friends,” there isn’t a stone in the sonic universe that Mojica isn’t willing to turn over in his search for the perfect balance of rhythm and rhyme in the all-new album How a Stranger Is Made, and while he’s clearly intent on exploring his ambitions without facing the limitations some of his less than experimental peers might come up against, his determination to avoid overindulgence makes this avant-garde-inspired effort easily one of the smartest alternative listens you’re going to find this year.

Where “City Friends,” “The Ranger,” “Insane” and “De La Saint” each share the conceptual construction of being driven by aesthetical contrast, “Shaman Food,” “Cowboys,” “Witch Love,” “Queen Song” and “Moon Men” are entirely different in style and design, but the differences between these two sets of songs doesn’t create as much chaos in this tracklist as one might assume it would.

On the contrary, I found the diversity of the material on How a Stranger Is Made to lend an immense credibility to all of the narratives presented to us in the songs here. There’s a progressive fluidity to the transition from “Invoked” into “Moon Men” and “Cowboys” that you just don’t find that often in the American underground anymore, and though I wouldn’t go as far as to say that Mojica was specifically trying to compose a straight-up concept album in How a Stranger Is Made, there’s definitely more than enough evidence to support the notion that he could embark on such an endeavor and likely produce results just as sterling as these are.

I just got turned on to the Luis Mojica discography, but I’ve got to say that this is by far one of my favorite listens of the season so far. How a Stranger Is Made demands a reaction out of its listeners through a lot more than simplistic poeticisms and intelligent harmonies alone; through understated elements, like a textured bass part or even the kinship between a beat and the verse it’s shadowing, Mojica finds ways to communicate aspects of humanity that mere words just can’t sum up on their own, and amidst the backdrop of a city built by creatives of all stripes, he’s standing out in 2020 as one of its most intriguing new faces. If you’re in the mood for something a little eccentric this month, there should be no hesitation when it comes to picking up a copy of Luis Mojica’s incredible How a Stranger Is Made.