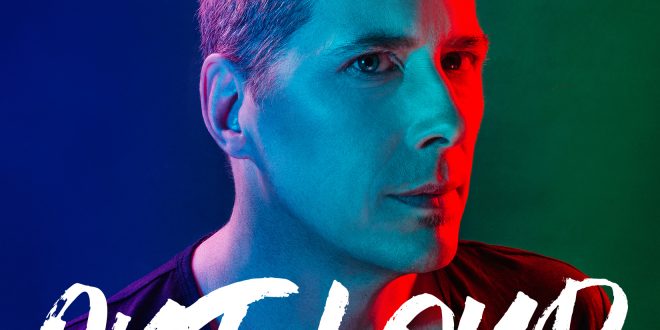 As velvety and accessible as it is driven by a stirring poetry, the vocal that Mike Rickard lays down in “Taste Your Smile,” one of the smoother cuts from his album Out Loud, is perhaps the most sterling component that this phenomenally captivating track has for us to behold, but while it’s definitely an attention-getter without question, this is far from the only instance in which it commands all of our affection in Rickard’s latest LP. Out Loud features a singer/songwriter in Mike Rickard who is more than willing to give all of himself over to the harmonies that breathe life into his every verse, and though this isn’t exactly new territory for this artist, it nevertheless sounds as beautiful as it ever has (and, arguably, all the more in the midst of indie pop’s creative dry spell).

“Sand,” “Alright,” the title track, powerful “Six Queer Kids” and “Don’t Geed the Ghosts” are undisputed vocal showcases if I’ve ever heard one before, while “You’re to Blame,” “What Love Looks Like” and the artfully plodding “Surrender” are aesthetically provocative and clearly meant to demonstrate just how much versatility Mike Rickard is working with at this stage of his career, but despite the stylistic contrast between the two uniquely-composed sets of songs, the flow in this tracklist is absolutely wonderful. Rickard manages to cover a lot of ground in a mere forty six minutes of running time (the total length of Out Loud’s eleven songs), but not once would I say that he sounds even remotely rushed or scattered in his delivery.

I fell in love with the lyrical prowess in this record the minute I came upon “Six Queer Kids,” “Wouldn’t Be Love,” “Alright” and “No Finished Yet,” and even if I hadn’t been familiar with any of his work prior to picking up this latest release, it’s easy to pick up on Mike Rickard’s natural authenticity as an artist in all of the songs here. He’s got so much soul that he’s putting into his vocal, and moreover, every corner of the eleven compositions we’re offered in Out Loud, and though he isn’t necessarily teaching us anything about his work that we didn’t already know from his part releases, I don’t believe he was looking to drop a game-changer here. This is a player who knows not only who he is but what he wants his music to be, and furthermore, represent, and in Out Loud, he affirms everything that his most loyal fans already knew to be true about his music.

If you like solid pop songcraft with a feel-good message as much as I do, I think that Mike Rickard’s Out Loud is an excellent LP that listeners of all ages should consider picking up this spring. There have been a lot of really compelling independent records coming out of this artist’s scene in the last couple of years, but for my money, I don’t think the combination of rhythm and rhyme you’ll find in this album has many rivals in or out of the American underground this season.