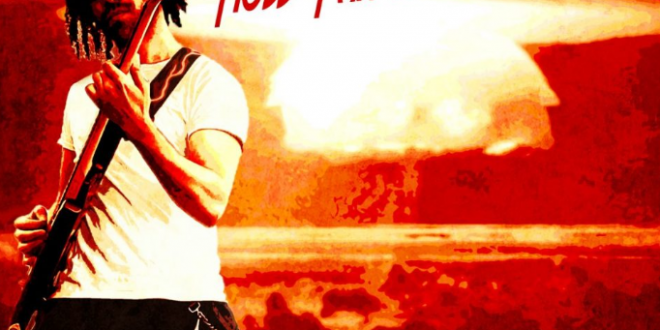 With a guttural guitar’s venomously distorted melody to lead the way, “Gone Away,” the opening cut in Strings of Atlas’ new EP How Far We’ve Come, comes to life with a ferociousness that will only grow stronger with each passing moment this firestorm of a track has to offer. The EQ on the guitar part here is minimally scooped, which initially surprised me given the commonality of the sound in rock and metal, instead featuring a leaner, midrange-favoring formula that pushes all of the noisy textures in the strings to the top of the mix (instead of forcing them out of the picture in favor of maxing out the treble and bass), and while this might seem a little strange given the heaviness of the music, it’s but the first of many intriguingly experimental features in this material.

“Gone Away” is perplexingly agile, boasting a moderate sway that gets an additional bit of oomph from singer/guitarist Atlas Cage as soon as he starts belting out verses from within the eye of the sonic hurricane, and while it’s not as progressive and boldly exploitive of Cage’s singing abilities as the title cut in How Far We’ve Come is, the two sit together in this tracklist perfectly. Where the former is structured as a singular juggernaut of melodic noise and conventional grooves, the latter song here is far more multilayered, coming undone in stages of rhythm that continuously build the tension in the room before allowing an eruption of catharsis later on in the track.

The third song included on How Far We’ve Come, “Not Over,” is another lightning bolt of monolithic punk-metal in the same style as “Gone Away,” but while the tracks have a lot in common from a cosmetic point of view, they’re entirely different in terms of construction. “Not Over” definitely pushes the percussion off the map as to give the bassline as much authority over the swing in the rhythm as possible, and though “Gone Away” is a bit more riff-focused, both of these tracks have some excellent solos from Cage, who I sounds more on-point here than he has in a long time. All in all, these three songs don’t leave anything else to be desired (aside from five or six more just like them in a proper LP).

You don’t have to be a big hard rock fan to appreciate the strain of dexterous riffing that Atlas Cage and Strings of Atlas are throwing down in How Far We’ve Come, but for listeners who consider themselves aficionados of all things heavy, this is going to be a tough record to top this spring. How Far We’ve Come is cut and dry music from a blue-collar songwriter who clearly puts everything he’s got in his heart, soul and pockets into his music, and though it’s not the only indie EP you should be listening to this April, it’s definitely one that rockers everywhere will not want to miss out on – especially given the lackluster climate the genre has endured in the last few years.