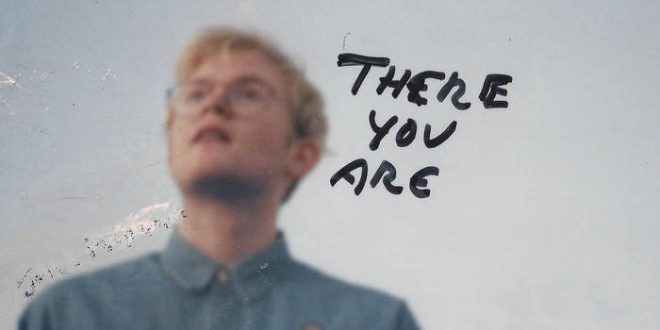 Jack Pfeffer releases new “There You Are” (SINGLE)

“There You Are” is the latest single release from rocker Jack Pfeffer. The song is rock in its purest form and ventures into indie pop territories. Relying on strong vocal delivery, interesting guitar work and bass rhythms, Pfeffer keeps the listener attached to his little ditty of a song. Sincerity and simplicity – Pfeffer’s work is remarkably sound.

Pfeffer, who hails from Minneapolis, Minnesota, has been releasing recorded music from his home studio since 2016. In early 2020, he released the single “All Alone Without U”, a song with some vintage melodies and guitar work. His other recordings include “Night Drive” and “She Doesn’t Understand”. His strength appears to be honesty and lyrics coming from the heart. He relies heavily on a tight sound, with most of the focus on the guitar work and vocals.

“There You Are” has a memorable chorus: and there you are, floating in the water so blue, and there you are, you’re blue too, girl you’re blue too. At first I thought he was singing, “girl, you’re blue-tooth, you’re blue-tooth” as in she’s just always around him and she doesn’t need to be plugged in to communicate to him. He sings clearly, but there’s a cadence to his voice that is super mellow, chill vibe. He’s soft sounding, assuring. When he captures the words ‘floating in the water’ his voice gives off a feeling of floating and levity. The electric guitar just strums along – patiently waiting its turn for a few key spotlight moments. The rhythm to the song is solid and feels like he could be singing at a lake house party. Pfeffer invites the listener into this intimate-sounding song.

As a listener, I felt like this song could go a few different ways. Perhaps Pfeffer was inspired by a relationship that is solid, and where ever he turns, his companion is there. The other thought is that he’s broken off the relationship, or dumped, and living in a small town or an even having similar friends, he can’t not see this person. He keeps running into her – she’s lingering in his mind and in his thoughts. I couldn’t stop humming this song and ‘there you are’ so I get the idea of things just being on repeat in your mind. The record, and the relationship, is stuck on repeat. When he sings “now I’m forced to go and bottle up my tears” I liked how he continued to play on the water theme, the feeling of movement. Like water, it finds a space to fill, and I think that’s what happening in “There You Are” this person and the sound itself is spilled and it finds corners and cracks to fill. He gives a much needed respite from dizzying alternative rock songs that try to do too much with too little.

Comparisons to alt rockers Foster The People kept creeping in for me, as do similar artists like Young The Giant and Cage The Elephant.

Pfeffer’s world is clear, concise and charming. I want to live it in.