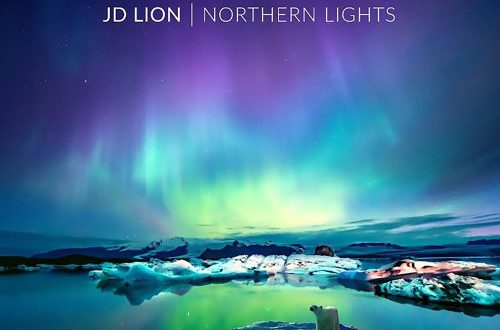 Fragments of a harmony bubble and crash into one another in a violent, but ultimately slow-motion, volley as we listen in on the first few moments of “Aurora,” the first track in JD Lion’s new record Northern Lights, but while this opening salvo is indeed quite enamoring from the jump, it pales in comparison to what the next eight minutes-plus of content are going to share with us in this EP. Driven by its pulsating beats and abstract harmonies, the best of which come flying out of the ethers when we’re least expecting to encounter them, “Aurora” is everything that its title would imply it could be and more, and for JD Lion, it provides us the best possible intro to his latest release.

“Aurora” is admittedly a little rough around the edges from a compositional point of view, but when “Majic,” the second song on this record, comes into focus, all of the loose ends left behind in the wake of its predecessor come together in a near-perfect amalgamation of texture and tonality. This song is a bit harder for novice ears to break down with regards to discerning where its heavenly harmonies start and where they come to an end, but for the discriminating listener with a taste of blanket melodies that could suffocate the audience if not heard at the proper volume, this is probably the most profoundly affective listen on the EP. Lion pulled out the big guns for this most recent batch of studio recordings, but he was also careful to avoid the pitfalls commonly associated with sonic excess.

“St. Catherine” is the third and final track included on Northern Lights, and despite its 2:17 length, it also feels like the most conceptual and extravagant. There’s a sense of pendulousness to the rhythm here that is almost frustratingly tension-inducing, but as the song presses on, it slowly begins to dissipate, leaving us with only glowing string play and a moderate wall of noise to cushion in by the time its music has come to a stop. We’re at once placed in a holding pattern of stark emotionality and yanked from our surreal state simultaneously when the melody disappears into the darkness, making it quite tempting to play the entire record all over again to better understand what it is we’ve just experienced.

Northern Lights doesn’t exactly change the world as we know it when it comes to creating an addictively evocative sound that is JD Lion’s and JD Lion’s alone, but while I don’t think it’s going to trigger a sudden revolution in ambient music, it is undeniably one of the best releases of its kind you’re likely to get your hands on before the conclusion of 2020. Lion doesn’t lean on the pillars of past successes when constructing the original framework behind every second of sound we hear on this EP, and by staying away from predictable songcraft, he winds up producing what feels like a watershed effort, if not for the genre, than certainly for his own career.