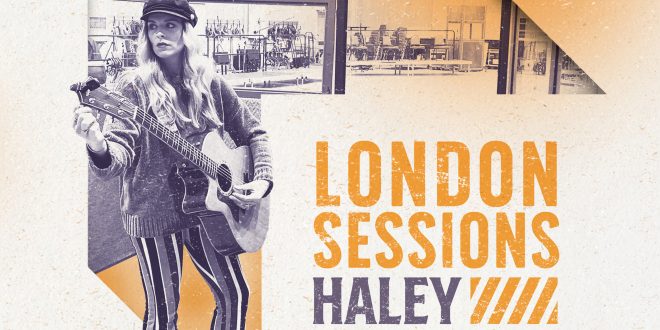 American folk music has never been as diverse a genre as it is today, and that’s more than obvious even when engaging in a cursory listening session with Haley Johnsen’s London Sessions (Live From Abbey Road, 2020). Johnsen, a product of the Oregon underground, isn’t content to rehash the same rhythm and rhymes that those who came before her championed decades ago, and in London Sessions, she establishes herself as an artist who, while acknowledging the blueprints set forth by those who inspired her work, is determined to make a name for herself on her terms and no one else’s.

This album’s best songs, like “Lift Me Up” and “Teardrop Canvas,” blend surreal melodies with sharp lyrics that cut through the enigmas and break emotions down in pastoral poetry, while it’s more experimental content, like “Everything Comes Back Again,” “Weekend” and “Keep on Saying Goodbye,” melds the moodiness of blues with the self-awareness of alternative Americana, yielding a style of play that is Johnsen’s alone. It’s an LP that is almost impossible to put down once you’ve picked it up for the first time, and I think that’s impressive for any artist – underground, mainstream or otherwise.

The harmonies are the centerpiece of every song on this record, and in “Sideways” and “Feel the Water,” they press the lyrics together in a fashion that demands a reaction out of listeners whether they relate to the surface narratives or not. Johnsen has a way of presenting statements as if they were passing thoughts in London Sessions, alluding to the notion of this being more of an off the cuff collection of jams rather than a pre-rehearsed set of tracks destined for the FM dial.

The rhythm of the instrumentation conflicts mightily with the vocal cadence in “Teardrop Canvas” and “Everything Comes Back Again,” but instead of this inspiring some kind of avant-garde discordance, it only adds to the emotional subtext of the verses. We’re given front-row seats to the kind of intimate, closed-door concert in London Sessions normally reserved for industry insiders exclusively, and even if I weren’t a professional critic, the chills that this experience induces upon every listen are simply too enticing to be dismissed.

I absolutely love the direction Haley Johnsen is taking her music in with the release of London Sessions (Live From Abbey Road, 2020). Her appealing look and voice shines with a radiance of an undiscovered diamond. In the eight songs featured on this LP, she never shies away from the opportunity to season her melodies with a dash of unpredictability, particularly when it comes to serenading us with impossibly smooth vocal harmonies amidst seemingly stoic backdrops, and while I would really like to hear her try out some bluesier material in the future (mostly because of how soulful her performance is here), there isn’t a single thing that I would change about this tracklist.

London Sessions delivers in spades and puts on full display the incredible undiscovered talents of one Haley Johnsen. Amazing songwriting coupled with a world class mezzo-soprano vocal delivery via a stripped-down unplugged vibe that can literally move a mountain and launch a thousand ships with its potential. One would be wise to keep an eye on Haley Johnsen as this year unfolds. Need I say more?