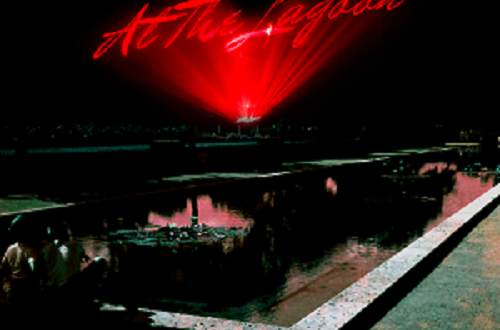 Grand Nathaniel “At The Lagoon” (LP)

Grand Nathanial is a bit of a mystery in terms of the name, but the music on At The Lagoon sounds like a cross between a long lost brother of the past, and a new found friend.  Just research J Burton and you can get the lowdown on who Grand Nathanial is and from where it comes to its abbreviated form and the changes in musical direction it brings.  Once that is out of the way you will be glad to hear these songs, unless you’re already aware of J Burton and his illustrious story out of Lafayette, LA, complete with southern post-80s Athens, GA scene roots.

Having never heard of J Burton or Grand Nathanial, AKA, Grand Nathanial And The Ghosts (prior name), it wasn’t a problem for me once the songs of At The Lagoon were heard.  The name stands out based on the material first, so it will be remembered in that order and I am sure that is more than likely not the case as a legend in his region.    The songs just so happen to speak for themselves and the name attaches from there. I can only advise to look-into J Burton’s bio for more details.

The music on At The Lagoon strikes an older chord without slipping down the classic rock roads, providing new forks to an old road that needs it in order to be relevant or not bother with such great ideas because they’re not the current market flavors.  If you like pop, you must hear these songs and if you already know of J Burton you still might even be surprised by the direction chosen for Grand Nathaniel’s first project under the name.  “Bright Eyes” immediately captivates within the first few bars, and the rest is pretty much gravy from there on.

“Ladybug” has a vintage ambience to it, with total Lennon and McCartney style crossing with synths they never used, modernizing the piano sound with a contemporary keyboard which works wonders.  You don’t want this song to be over, but it is complimented by the next one. “Nightbird” is an exquisite ballad that only the greats can be noted for.  I absolutely love this song, and it’s not even the best tune on At The Lagoon. If you swear you’ve heard it before it is because Grand Nathanial and fans of quality pop music are of one mind that see and hear the same.

The production is top-notch with virtually no frills or tech-trickery as to usually be expected by techy artists and bands, with more of a clean but bare bones mix without glossing it over.  “Sunday Drivin” is a perfect little slice of pop magic, with its more serious than playful delivery being its bucket full of charm.  With “Radioman,” “Penny,” and “Come Back” all showing as much promise and keeping them with every last spin, At The Lagoon is a fantastic release Burton can be proud of. The full circle element included pays off in abundance.