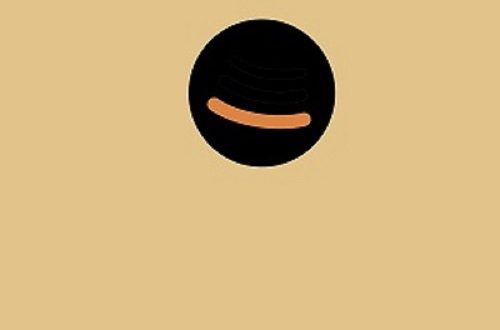 Greg Hoy’s EP Old Man and the Cinnamon Girl is a four-song collection of Neil Young covers. It’s fortuitous for the San Francisco, California-based singer/songwriter for this collection to emerge at the same time when Young’s music is a focal point in the recent Joe Rogan/Spotify controversy. Hoy’s a seasoned veteran, however, well versed in original material and covers alike so there’s no superficial treatment of Young’s material. He opts for the Canadian-born legend’s better-known material with one notable exception.

“Old Man” has a contemporary bounce missing from the original’s relaxed tempo. It introduces listeners to an interesting facet of the EP’s presentation. Hoy purchased iconic James Brown drummer Clyde Stubblefield’s drum tracks from owner Yurt Rock and incorporated his distinctive playing into the release. In a final gesture, far from hollow, Hoy has chosen to donate a portion of the EP’s sales towards Stubblefield’s scholarship fund.

There’s a far greater electric guitar presence in the song than Young’s version. Hoy, however, pairs it well with its acoustic guitar. He mimics some of Neil’s phrasing, particularly some key lines longtime fans of the song will recognize, but the bulk of his interpretation breaks with Young. His take on the venerable “Cinnamon Girl” is buoyant without ever seeming too cute. The swing he achieves with the song’s classic riff is tight but never sounds constricted.

His cover of “Needle and the Damage Done” goes to unexpected places. Stubblefield’s quasi-shuffle beat forms the basis for the cover and the remainder of the track embraces a minimalist vibe. The clipped electric guitar is a stark departure from Young’s acoustic and the vocals are as well – especially with the slight effects added to Hoy’s voice buttressing the performance atmospherics. Those familiar with the original will be divided. Some will feel like Hoy has gone too far while others will appreciate his re-invention.

“Are There Any More Real Cowboys?” ends the EP with a lesser known Young tune. It doesn’t signal a drop-off in quality, however. He takes a different approach, however, by delivering a much more literal cover than the previous three – the acoustic guitar and vocals conform more to the spirit of the original than blazing its own path. Of course, his voice gives it a different character, there’s a delicious insolence in the way he turns some phrases, and it helps conclude Old Man and the Cinnamon Girl on a memorable note.

This is more than your typical covers release. Hoy, without a doubt, pays tribute to Young’s prodigious talents with this small sampling but it goes further. Hoy expands on the song’s possibilities without ever being unfaithful to their guiding spirit and it isn’t difficult imagining Neil approving the direction Hoy’s chosen with this EP. Adding Clyde Stubblefield’s signature drumming to the songs certainly takes them in unlikely directions but proves they are malleable, like the greatest songs always are. Those familiar with Hoy’s talents will find their faith in him reaffirmed with this release while newcomers will find plenty of reason to come back for more.