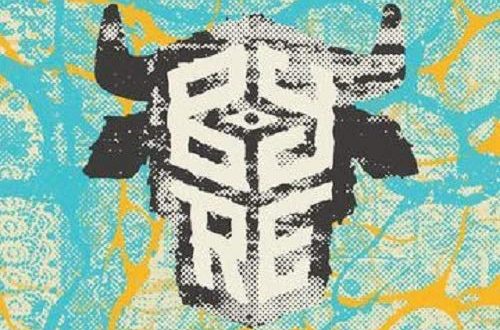 On the surface, Here In Dead Lights, by the indie rock band, Byre, is not exactly what it winds up being underneath the surface. The reason for this phenomenon is that it defies much categorization in the process of coming off more-straight forward at first. This is not some pedestrian work from the garage, it is quite the opposite and should be exposed for wall it’s worth, which includes some interesting music and bio concerning the artists involved in the project. These players are well seasoned and come together for the right reasons, bringing many influences and styles with them.

Byre consists of Aaron Tanner (Off-Ox) and Zach Zint (Thunder Dreamer), Spencer Seim (Hella, Solos), the exceptionally prolific Rob Crow (Pinback, Goblin Cock), and guitarist Ryan Grisham (Mock Orange). The five excellent tracks move through everything from synth and bass rock through electronic, progressive, ambient and even some new wave and punk rock inflections in their otherwise very modern indie rock. You can even hear sensible pop influences like the Beatles in the opening track, “Object Permanence” which sort of describes their overall soundscape inclinations while enticing for more.

Once you’ve heard the opener a few times, which I suggest anyone do, the rest is pure gravy. Your ears are already ringing with enjoyment from past and present when “Ghost Blood” starts, so the title doesn’t even concern but it’s all about the pace of this one. You start to hear some rock behind the great lyrics and message of the song, and it allows you to just hang on for the cosmic ride. The back beat kicks in toward the end and the drums swirl with the bass and synth for a very cool effect. There is no going back after this track, it’s a killer piece of words and music with a dreamy underwater effect.

“Melindiana” is where the EP begins to peak with an undeniably awesome assault of percussion that practically outdoes it with the best of them. Most of the song also has an almost Smith’s sounding influence, as well, but it’s not too dominant or anything. I can just hear it while the next person might completely miss it. This is also where they prove their rock chops as much as anywhere else on the EP. You can tell some of the influences come from some bands the leader, Aaron Tanner also writes and publishes books about. Bands like Ministry and others.

The bass gets heavier as the intro to “Gallagher III” kicks in, and the vocal harmonies taker over on a very well sung track with a musically slower vibe, but more vocally sonic one as well. This could be the sleeper track of them all, but that’s anyone’s guess to make, it’s just one of a couple more shining moments on the release. And it makes good way for the final track also being heavy on vocals, with this one also featuring a basic but very effective piano. “With A Hammer,” puts the right finish on a great collection of epic proportions.