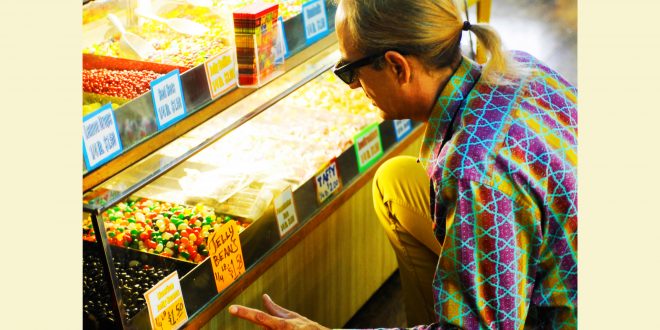 People have been talking about AV Super Sunshine a lot in 2019, and after taking a look at his latest single, “Candyland” (not to be confused with the first instalment in his Candyland series of LPs), it’s more than clear to me why. Available in a rock mix as well as a radio mix, there are only a few distinct differences between the two tracks, but together they create a picture window into the aesthetical foundation of AV Super Sunshine’s music as a whole. Whether it’s gargantuan grooves you crave or larger than life lyrical lashings from a voice that has never received the credit he deserves, you’re bound to find something worth writing home about in this fantastic new release from a truly one of a kind artist.

The rock mix of “Candyland” is all about physicality, but this isn’t to suggest that it’s steeped in overindulgence (quite the contrary, actually). The percussion generates a heck of a lot of heaviness right out of the gate, and even though the bassline is thick and reminiscent of a sludgy Seattle sound circa 1992, it’s been so sleekly stylized in the master mix that it never sounds abrasive, punkish or even slightly over the top in design. This version of “Candyland” doesn’t have the same fundamental swing that its counterpart does, but for all that it lacks in pop framework it more than compensates us for with a chest-pounding, stadium-shaking intensity of the most urbane variety.

I was pleasantly surprised to find the radio mix sounding a lot less conservative than past AV radio edits have been; if anything, this version of the song has a surreal feel that fits in with the more psychedelic music AV Super Sunshine has recorded in the past. Pop fans who are trying to familiarize themselves with his catalogue would do well to examine this mix before any of the others that he’s released in since 2016’s Bass Face, as it absolutely epitomizes not only how talented he is as both a songwriter and a performer, but more importantly highlights the unique sound that he’s fashioned for himself through this project. AV is the ultimate alternative rock chameleon, and in an era that has shown more favor to the predictable than it has the rare, his work is a real breath of fresh air.

If you’ve never heard the music of AV Super Sunshine prior to now, I would recommend listening to “Candyland” in both of its smart stylizations and finding out for yourself what all of the buzz has been about in the last few years. AV lives up to the hype and then some in this song, and while I’ve got a strong gut feeling that this won’t be the last time his mammoth melodies make headlines both in and out of the underground, there’s something really special about this latest hit that I didn’t feel outright in his last two singles. In terms of creative development, something tells me that we’ve only just begun to see what this artist and those he surrounds himself with can do when everything is working to their advantage. 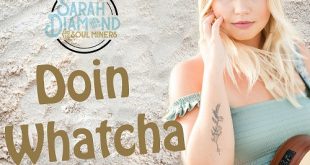