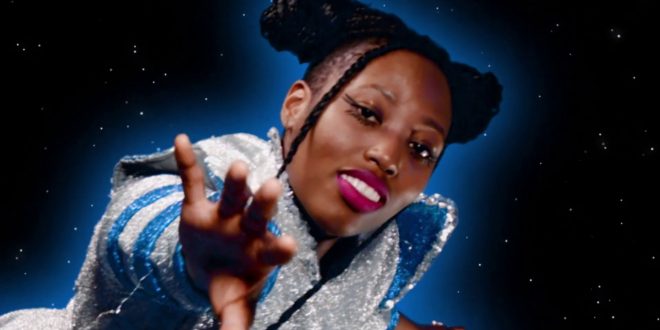 Lesibu Grand’s The Legend of Miranda

In “Runnin’ Round,” one of the best tracks on Lesibu Grand’s The Legend of Miranda, the guitars are rife with a textured grit that has become next to impossible for listeners to find in most contemporary mainstream rock, but the fiery riff work isn’t limited to this song alone. Though a bit more muted by comparison, the string play in “Mi Sueño” is just as vivid, and to be truthful, remarkably seductive. The Legend of Miranda brings raucous rock n’ roll aesthetics back to the forefront in 2019 like no other EP has this fall, and what it says about its creators is perhaps even more important than the peek into the future of alternative music that it offers.

This record isn’t all about its monstrous guitar parts; in fact, other than their supple coordination of the rhythm and melodic faceting of “Mi Sueño,” they take a backseat to the decadent lead vocal by Tyler-Simone Molton that holds all of the pieces together in this extended play. “Only American in the Room” shows off the versatility of this group’s songwriting much better than the rather simple “Hush Hush” does, but at the same time it’s difficult for me to imagine them being separated in this tracklist – they just flow together too well to break them up.

Molton’s vocal is utterly stunning in the chorus of “Only American in the Room,” and where it’s not the Mia Zapata-style bark of “Runnin’ Round,” it’s definitely as much of an engaging element as any of the instrumental parts in the vicious rocker “Miranda” are. “Hush Hush” makes full use of our starring singer’s voice with an ironically simplistic framework, and despite the constructive contrast, the song doesn’t feel even remotely fragmented or experimental in style. The Legend of Miranda has a wonderful fluidity to it, and even with its rough edges it plays out as smooth as silk from start to finish.

I would have probably recommended Lesibu Grand starting off this EP with “Only American in the Room,” but I can totally understand why they decided to go with this layout for the tracklist instead. By starting out with the big guns and working us into their more deliberate material, it’s as if the tension slows down near the finish line only to hit us at full force when things wrap up in “Mi Sueño.” Mood is clearly everything to these musicians, and they create quite the interesting rollercoaster of emotions for us to ride in these five fantastic tracks.

It’s only their first record together, but I think that there’s enough of a connectivity between the players on this disc for critics and fans alike to demand more from Lesibu Grand in the future. They lay down a phenomenal blueprint in The Legend of Miranda that could be expanded upon in a litany of ways in forthcoming recordings, and while they can’t be accused of being the most conventional group in rock music today, they’re unquestionably one of the more original and bold to currently be emerging from their much-lauded, albeit increasingly insular, Atlanta, GA scene.