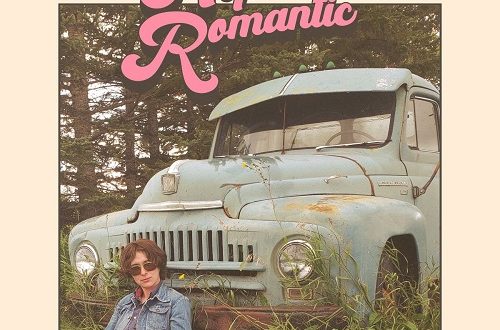 In their latest release, an album titled Hopeless Romantic, Bobby Dove takes up the task of adapting a popular sound to suit their own style of play with mixed results; the best of which being the record’s title track and first single. We’re immediately hit with a bucolic balladry upon pressing the play button here, but with a big twist – the emotional weight of the lyrics is sourced from a need to unburden rather than simply express. It’s like Dove is trying to let go of the past rather than go running into the future with zero inhibition, which, to be fair, is something a lot of us can connect with in 2021.

First of all, I love the balance between the mood of the lyrics and the melodies in this album. Jim Cuddy stops by for a particularly dynamic performance in “Chance in Hell,” but for the rest of this tracklist the spotlight is trained solely on Dove, who is neither hesitant nor even remotely interested in theatrical heroisms when saying whatever is on their mind in “Like It or Not I Love You,” “Early Morning Funeral” and “Sometimes It’s a Lonely Road.” There are a few hiccups – mostly due to the familiar tone of the record in general – but overall the feeling is undoubtedly authentic.

The music video for “Hopeless Romantic” is one of the biggest missed opportunities with this release, being that Bobby Dove does so much to demonstrate a wider range of capabilities in the material than they do the visual experience that is this piece. Lyric videos set to a generic animation, not to mention one so removed from the cultural vibe of the source material, just don’t cut it when you’ve got talent like they do, but the ambitiousness of the idea indicates we’ll likely see better content of this nature in the future.

As far as production quality is concerned, this album definitely has a few instances of sounding a little DIY, but I’m not entirely sure this wasn’t intentional on the part of Bobby Dove. After all, nothing would have disturbed the literate poetic value of “Gas Station Blues,” “My World’s Getting Smaller,” “El Hormiguero” or “Golden Years” quite as much as a typical pop varnish could have, and for all intents and purposes I think it’s pretty clear this was something the artist at the helm of the project was well aware of before entering the studio.

Bobby Dove isn’t quite ready for the big leagues, but the growth they’ve experienced in the past five years since releasing their debut LP isn’t up for debate after hearing Hopeless Romantic. Being a singer/songwriter can at times be a lonely and unfortunately immersive experience for an artist with real communication skills, but Dove is someone who is slowly but surely mastering a means of putting these trials back into the work and allowing it to produce incredibly tangible results. They need to keep experimenting, and soon, they’re going to have an audience worthy of this grand gift.