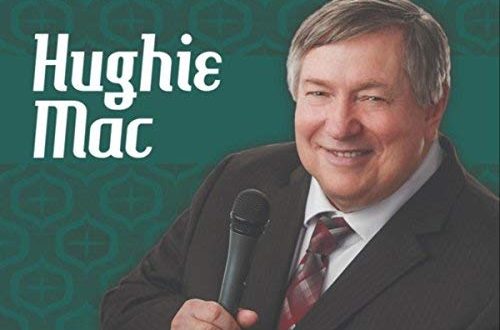 Hughie Mac has covered some of the most iconic songs in the history of pop music, and for those familiar with his latest album, the poignant Hughie Mac Sings Some Great Songs, Pt.3, his new star single “Let’s Get Away” is certainly one his very best performances so far. “Let’s Get Away” is a tough song to cover, and definitely one of the more vocally challenging of Sinatra’s catalogue, but Mac doesn’t make it seem so when he picks up the mic in this track. The master mix assists in making the background as spot-on as our leading man’s vocal is, but if one thing is for sure, it’s that this guy doesn’t need any help melting the hearts of listeners when he starts to sing. His voice is crisp and full of vitality, his melodies are as rich with texture as any harmony that the piano could stir up, and his approach to the lyrics is as unique as what we found in the original version of the song when it was first released decades ago.

“Let’s Get Away” has a percussive presence like no other track on Mac’s most recent collection of studio material does. The beats, as black and white as they are, introduce shades of jazz, bop and even proto-pop into this song, and were they not as surreally constructed, I don’t know that our attention would be as drawn into the lyrical web as it is in this instance. Hughie Mac is obviously a diehard Rat Pack fan, but he doesn’t act like a stan in this song; actually, it would appear that he goes out of his way to make this version as distinguishable from its original incarnation as possible (without completely adapting the instrumental structure into an unrecognizable state, that is). He’s got some mad skills as an arranger, and I don’t think that he’s received nearly the amount of credit that he deserves on this front. Mac is one of the few singers in his peer group to reject the vapid, uninspired tonality that has become commonplace among cover artists, and I hope that his influence extends to a younger generation of pop musicians in the future.

From start to finish, it’s difficult to turn away from the sonic vacation from mundane everyday life that “Let’s Get Away” is, and it’s no doubt because of the way that Hughie Mac makes it his own. Hughie Mac Sings Some Great Songs, Pt. 3, like the other two records in the Sings Some Great Songs trilogy, is an exercise in retrospection, but don’t let that fool you into thinking of it as an exhibition piece exclusively – in reality, nothing could be further from the truth. Though these are indeed covers of songs that have been playing on both AM and FM stations for well over a half-century now, they don’t feel like fifth-gen recreations of music that was once glorious, and perhaps more significantly, relatable to the masses. Mac’s music is so much more than a trip down memory lane; it’s a gateway into a past that we all share as listeners and fans.