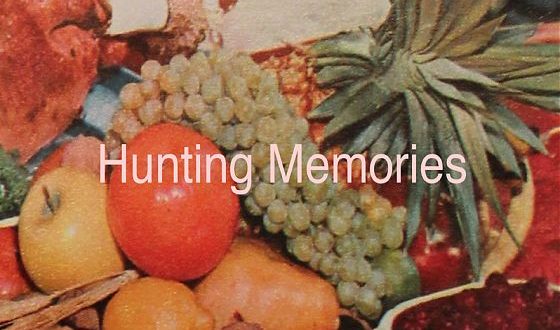 Hunting Memories, the 20 song album by Visual Artist Tahiti Pehrson, is everything is would seem to be once you’ve been through the entire track list to find a cool album worth recommending.

“Smoke Screen” is an instrumental track with some tasty guitar and keyboard interplay that sets the album up very well, but it’s only the beginning. “The Horse and the Hay” starts rocking from the get-go and the picture starts to really take shape with some vocals appearing and some cool lo-fi effects. Then the story moves on with “Bunny & Monique” which is a slightly punkish love song that really does the business with a tune that bubbles along nicely for over four minutes. But that’s when it gets even more interesting when things go “Through the Walls” of imagination with another dreamy track, and you can even expect some surprise instrumentation.

“Dolpin Blues” carries on with some hypnotic piano and vocals in almost the same vein as the previous tune, both being almost of the indie folk singer/songwriter type which is essentially what this music is. And this track displays the most in defining it this far on the album, with some more tasty keyboard work added. “Love and Real Life” gets back to the fun of things with another enjoyable track, as good as to be expected at this point with humor intact and fully understood. “Proud of the Girl” starts to really show the relationship memories as it brings out the obvious in that with a cool acoustic track about being used.

And the memories keep following with “Keep On Holdin’ On” and it’s like you’re walking through phases of someone’s life and this is where they keep holding on. But it’s a pretty short track before “1985” shares the memory of someone no longer around you’d try to forget but never can, although this is another pretty short track that cuts off pretty- quickly too. But that’s when “Part of the Love_Panic” kicks in and the energy steps back up again and it even goes for one of the longer tracks on the album with some odd time changes and cool narrative vocals about waking up and finding it’s over.

“You Can’t Beat the Critics” is another fun little track that appropriately runs into a title’s such as “The Beating of Hooves” to see where the heart really lies. It’s in the music and it keeps going strong with “Gold and Silver Lines” with a groovier track than any of the previous. You can’t turn it off from here with “Gold and Silver Lines” playing out at the same speed and it just works. “Cats In A Cage” is another turning point with one of the most interesting tracks. And “Lost Romance” is very cool too, as they run well together like many on the album. “The Old House,” follows but it gets even more dreamy on “Too Much or Not Enough” and it all ends well after a very good economic long player of an album.