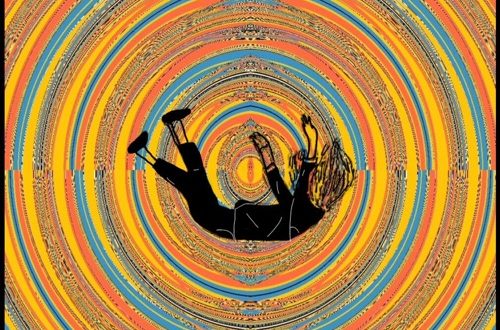 Clawing out of the silence with nothing more than the sharp talons of a toned electric guitar, Izzie’s Caravan get the ball rolling in their new EP Zephyrs quietly, only hinting at the massive melodies awaiting in the next twenty-four minutes of play. “Holy in Your Smile,” the first song that we hear in the record, marches from the darkness with a weighty harmony as its sonic centerpiece, careening through the air around us at a frame-by-frame pace. Velvety vocals wrap around the spindly guitars and lead us into the thick forestry of the ensuing “South of Yesterday” like a setting sun directing the entire world into nightfall, and at this point, it becomes obvious just how much Izzie’s Caravan have matured since the release of their rookie EP.

“South of Yesterday” has a Beatlesy swing to its rhythm that is intoxicating to no end, but the real prize in this track goes well beyond its sexy groove. The harmony here is almost translucent in its presentation, and yet it holds all of the jagged points in the arrangement together like some sort of aesthetical superglue. Izzie’s Caravan didn’t want to make the same record twice when they broached the sophomore project that became Zephyrs, and while I was anticipating shades of Leo’s Guitar here, those shades are in an entirely different color from anything I might have imagined prior to now. This is a psychedelic release, with a blues influence supported only in its compositional integrity.

Balladic substances enter the mix upon pressing play on the self-explanatory “Tracii’s Ballad,” but this doesn’t trigger a sudden shift in creative tempo on behalf of the band at all. Instead, this track segues us into the title number here as though the two were always meant to be joined together and heard back to back. I’d stop short of calling Zephyrs a progressive rock effort, but I would be lying if I said that there wasn’t a mightily conceptual narrative behind the creation of this material. I think Izzie’s Caravan wanted to throw off the critics with this EP, and in the wake of its four songs finding some consistent rotation on college radio this season, I doubt they’ll be stylistically pigeonholed by the press any further.

Zephyrs finishes us off with a title track that is almost as long as “Holy in Your Smile” is (at a plump 6:54), but if you ask me, it’s got the best flow of any song on the extended play. Izzie’s Caravan have been in this business for well over a decade and a half, but in this record, they sound anything but tired, jaded or sick of the rock n’ roll routine. It might have taken them a little longer than most to put pen to paper and share their original material digitally and on store shelves around the country, but from where sit, it was well worth the wait. They’ve got a game-winning setup that’s working wonders for their brand in Zephyrs, and I’m quite eager to hear whatever magic they come up with next.