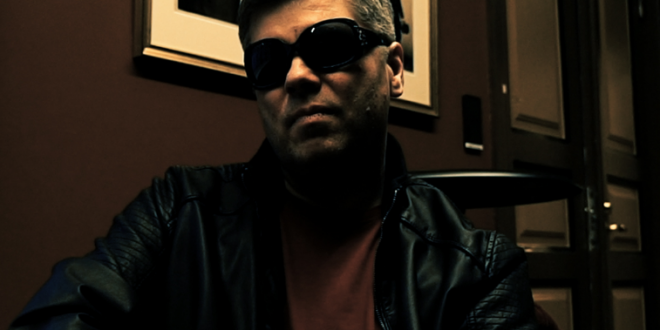 I think our music is very difficult to categorize or classify. The most apt definition of it that I’ve heard is when a radio DJ labeled it as “melodic, retro-flavored pop/rock.” It’s usually placed in the alternative pop or indie rock categories/genres because in a very strange way, there doesn’t seem to be a specific genre for what we are doing anymore.

Another problem in terms of genres from our perspective is that our music is relatively eclectic. On the one hand, we might have a Pet Sounds-flavored ballad like ”You Are The One” and then on the other hand, we have a song like ”Cloud Nine”, which is more modern, a lot beefier and more radio friendly. However, to us, it’s all one and the same, unified by my voice and guitar playing. Obviously, not everyone sees it this way. I’ve come to the conclusion that even many music lovers are awfully genre-sensitive these days.

The Beatles, The Beach Boys, The Byrds, Tom Petty & The Heartbreakers and REM.

However, that’s just the tip of the iceberg for me. I have roughly two thousand CDs. My point being that there are so many artists that I truly love like The Go-Betweens, Rialto and Hanoi Rocks, to name a few. It’d be boring to choose just five.

Music wise I hope that they enjoy the melodies and our production values, the arrangements, etc. I hope that we are able to give them an escape from the hectic lives they lead. You know, to give them a moment, when they sit down, pour themselves a drink, close their eyes and leave all the stress and worries behind for a few minutes.

Lyric wise, I’d like to think our catalog serves as a good reminder that aside from The Beauty And The Beast, life very seldom resembles Disney fantasies. That’s not to say that life is dark and gloomy all the time; we just aim to point out that life’s more than pink houses and blissful happiness. It comes with challenges and definitely doesn’t always have a happy ending.

I’m ashamed to admit that I don’t really follow what’s happening in the Finnish music scene. Most music released in Finland is sung in Finnish. Although I speak Finnish, I don’t really listen to the music as it’s culturally a bit alien to me. I grew up listening to music sung in English. As I already revealed, I own a huge amount of CDs and not even one of them is in Finnish.

By far, seeing Tom Petty & The Heartbreakers live in 1987. They were touring with Bob Dylan. It was pure magic witnessing The Heartbreakers join Dylan on such classics as ”Knocking On Heaven’s Door”. I loved it. That night, they also had Roger McGuinn of The Byrds as a special guest. I was in heaven. Wow! Amazing!

The interaction with the audience. I like smaller venues, where things get a bit more intimate. You see the audience’s faces when you tell them the stories behind the songs and you see their reactions to the music.

Having said that, since The Impersonators are a studio project, a group of two songwriters rather than a group of four or five musicians, if and when I gig, it’s just me on an acoustic guitar. Now during the ”lockdown”, I’ve played a few virtual live gigs and I got to tell you, it feels strange when you don’t have an audience to bounce off of. You’re just staring into your computer screen. It has taken a bit of getting used to that’s for sure.

Well, we haven’t released a physical CD yet. We only exist on streaming platforms and digital stores. However, on the Sad Café EP, my favorite track is ”Broken Snow”. It’s energetic and has a very cool Motown vibe to it. In addition, the production is very Phil Spectorish, which I love. It also has a great chorus and I really like my vocals on it.

“Broken Snow” was written in Paris, or the chorus was written in Paris when my wife and I were vacationing there five years ago. We were lining up to the Eiffel Tower and like everyone else in the line, we were approached by this shady-looking street vendor, who was trying to sell necklaces and earrings that looked like disfigured snowflakes. They were actually pretty cool looking but not a lot of people were buying them because the guy selling them was a little creepy. He kept asking everyone, “Is your broken heart kind?” and “is your heart out of time?”, which are the phrases that now grace the chorus of “Broken Snow”.

Aside from music, the song holds a very special personal memory for me. My wife and I were still in that first phase of romantic love when everything is wonderful and perfect. Paris is a great city to be in then. She was pregnant with our first child and we were in a great place as a couple. I return to that memory very often. Those were very happy times indeed. I’m lucky to have so many good memories I guess. I treasure them.

I think I’ve evolved a lot, a bit as a songwriter but mostly as a producer. I’ve learned a lot working with Janne Saksa, who is simply put one of the best multi-instrumentalists and record producers I’ve ever crossed paths with.

Making records is not easy, especially when you are the band. In fact, that’s where the name of our duo comes from, the fact that I used to play all the instruments, impersonated each member of our imaginary rock band. This is why it’s so fantastic to have Janne working with us. It’s no longer just one person playing everything. The guitars and the vocals are mine but it is such a relief to get to share the leftover burden with a studio ace like Janne.

Brian Wilson of The Beach Boys or Paul McCartney. If I had to choose only one, it’d be Paul McCartney. Meeting him would be a dream come true. I love The Beatles and I love Wings and his solo stuff. Just yesterday I listened to “Jenny Wren” off his brilliant Chaos And Creation In The Backyard album. It’d be awesome to have dinner or a drink with him and talk about life and music. Based on his interviews, McCartney comes across as a great guy. Hanging out with him would be very cool no doubt.

The next Impersonators single is called ”Rodeo” and it’ll come out in late August or early September. That’s the next thing for The Impersonators. So, we’ll take a few months off.

For me, the next thing is to release some solo stuff that I’ve been working on for quite a while. The release will be a single but it’ll have two songs, just like singles used to. The A-side will be a song called ”Working Class Voodoo” and the B-side a track called ”What Is Love?”.