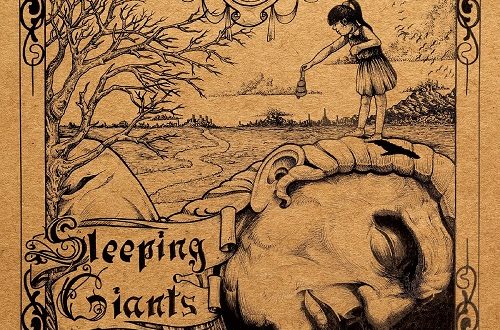 Working away at a brittle harmony in “You’re the One,” Kate Lynne Logan at once embodies the indulgent folk-pop of the past and the efficiency of the modern singer/songwriter. In “Better Life,” her affection for western melodicism protrudes into her poetry, carrying forth a message of solidarity with the rural experience that’s also found in “Canyon” and “Let You Run.” In Sleeping Giants, Logan’s brooding emotionality takes center stage in a way largely hinted at in her album Echoes, and while she seems a bit more focused on her intentions with this release, there’s no denying that she isn’t changing the foundations of her artistry here – she’s simply evolving with the music she’s making, which is hard for some of her contemporaries to do.

“What It Means” and “Something Good” were the perfect bookends to this record, and I think they each borrow a little something from the core narrative in Echoes that allows for this latter effort to sound like a direct sequel in more ways than one. What one LP lacked in moodiness, this one makes up for with a lot of sharp passion that is as reflective in tone as it can be commentarial, making songs like “Ghost in the Dark,” the aforementioned “Better Life,” and “Stranger” have more than one meaning. As a composer, this is her striking out as much as she can muster without tripping into the avant-garde, and to me, it’s a qualified follow-up to the notions suggested in “Every Season Together,” “Roosey Roads,” and “Afterlife.”

Although I would have put “You’re the One” after “Giving up on You” in this tracklist if for no other reason than to emphasize the contrast in poetic design between these two songs, there’s really nothing I would change about the overall structuring of this material. There are plenty of moments where Sleeping Giants sounds and feels more progressive than what most pop singer/songwriters can release on their own, even with the assistance of someone like Kevin Veatch manning the controls behind the board and playing most of the instruments himself. The chemistry between producer and artist is quintessential to the success of this LP, but it’s also something I would expect from an artist of the caliber Logan is at, especially after everything she’s learned in her formative underground years.

Kate Lynne Logan had my attention with Echoes and Sleeping Giants the same, and I’m very interested in seeing what she’s going to do to build upon the pedigree she’s already established for herself after attaining critical acclaim for multiple albums. In the time that has gone by since she released her first LP, Awakening (2012), a lot has changed about both her regional scene and the general consensus on singer/songwriters in the American underground, but her technique hasn’t been modeled through an appreciation of trends, fleeting or sustainable alike. This is someone with plenty of personal stories to share with the world, which is why she translates as humanly as she does in these two stunning records.

User Rating: Be the first one !
Share
Previous Brent Saba “County Sound” (EP)
Next Toronto Tabla Ensemble “For The Love Of Tabla” (LP)