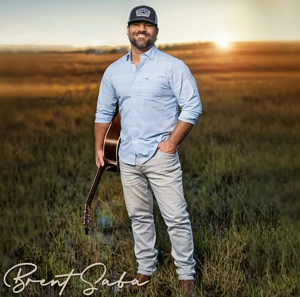 Brent Saba is just starting out, but the proverbial sky’s the limit for this young country music performer. “County Sound” is his third single following on the heels of “Carolina Girl” and “Southern State of Mind” and gives interested listeners a sneak peek of his forthcoming debut EP. Saba’s making a calculated risk centering so much of his material around regional titles and themes, it potentially limits his audience, but I expect other songs I’ve yet to hear on the EP will broaden his perspective.

It’s nevertheless a winning release. “County Sound” has all the necessary ingredients for mainstream country radio success without leaving the stink of abject compromise hanging in the air. It’s a genre that takes a lot of criticism from certain parts of the music listening public thanks to its reputation for audience-pleasing fare, but it’s best practitioners undercut such notions with durable releases balancing entertainment with deceptively substantive personal statement.

I don’t know if Saba penned these lyrics but, ultimately, it doesn’t matter. He sings every line as if he’s lived each experience in literal detail and doesn’t ever try overshadowing the music. Saba’s name is on the song, but he sings like he’s a band member instead of a solo artist -you can hear him tailoring his performance to complement the music. He’s confident with each line, never hesitant, and often exhibits the sort of control you’d expect to hear from more veteran performers.

It makes for a promising beginning to his career. The same control is obvious in his earlier singles as well, but “Country Sound” brings it to another level. It’s interesting how the striding pace of “County Sound” never gets carried away with itself and maintains even-handed movement from beginning to end. Its sense of timing is unerring. Saba has enlisted talented collaborators to help him realize the song’s potential.

I love how the music and vocals alike don’t shy away from closing the distance between listener and performer. Saba and the band sound like they are right in the room with you without ever overwhelming listeners. No one facet of the recording dominates at the expense of others, but there’s a natural primacy assigned to his lead vocal. The overall production values stand up to anyone today; there’s nothing “indie” or DIY about this.

Saba is working in a familiar vein, he cites performers like Luke Bryan as an influence, but there’s nothing overtly imitative about what he’s doing. It’s impressive that he’s managed to claim his own voice so early and it’s tantalizing to consider where he will take his talents from here. He’s a performer that you can get behind without feeling guilty; if Brent Saba’s asking you to choose sides, he’s asking you to choose life and nothing else. A great song like this makes that easy. He’s a born performer and interpreter whose music will appeal to a wide variety of fans. “Country Sound” is the latest chapter in a career destined to run for many years to come.