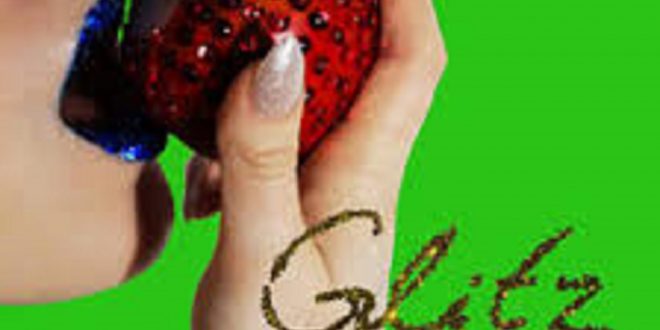 2019 has produced a mixed bag of results so far, and following with that trend, Kingdom of Birds’ new EP Glitz mashes together a similarly eclectic collection of studs and duds this spring. In songs like “Your Friends,” we experience Kingdom of Birds at their most reserved, but more importantly, their most intimate and chilling from a lyrical standpoint. Other tracks, such as “Goodbye” and “Unknown,” are a little more demanding on listeners (and possibly too experimental in nature for the group’s hardcore followers). All in all, Glitz is a provocatively-styled extended play that poses just as many questions about the band responsible for its existence as it does answer.

For better or worse, this record is defined by its contrasts, starting with the most glaring. Compositionally, the 90’s-style “Waiting” has the most duality of anything in this set, and makes the most of its sprawling string arrangement by letting the hollow drum track fill in all of the space left over from the barely-overdriven riffage. “Your Friends” is a lot more straightforward, but as previously mentioned, packs a mightily melodic punch and evocative lyricism to match. There’s a handful of hiccups, but by and large there’s a sufficient conceptualism to satisfy certain discriminating tastes in this EP.

Where Glitz runs into issues isn’t in the design of the material but instead in its master mix. “Dotted Lines” and “Unknown” have a lot going on structurally, but they’re mixed with almost no attention given to their buxom basslines, each of which arefull of intensity and seem ready to come undone (were the EQ scooped a little more, they would have). “Goodbye” confuses me as a critic for a couple of reasons; for one, it’s got a lovely vocal melody that doesn’t need to be saturated in artificial echo, but perhaps more importantly, it’s kind of overproduced for what its acoustic harmonies actually require.

I’m not 100% sure what Kingdom of Birds were going for in this extended play – noise pop or melodic surreal rock – but in either case, I will say that this record shows off the experimental stage that they’re in right now without holding anything back from us musically. The production value isn’t there for me in the non-music video version of “Goodbye” or “Unknown,” and although that would be enough for me to dismiss a rookie or sophomore effort, the fact that this is neither for the band plays a significant part in my critique of the material. They’re clearly shifting their style towards lo-fi territory, and whatever that will ultimately develop into, I’m genuinely excited to find out.

Eccentric as it is, alternative rock buffs could definitely do a lot worse than the new Kingdom of Birds release this season. For every one of its excusable missteps, there’s a redemptive melody present to make it a record worth checking out, and in a year that’s been as unstable as 2019 has been, that’s as much as most of us can ask for.

User Rating: Be the first one !
Share
Previous Jeffrey Halford & the Healers – West Towards South
Next Gold Light and Snakemusk’s “Shadows In The Shallows” (LP)