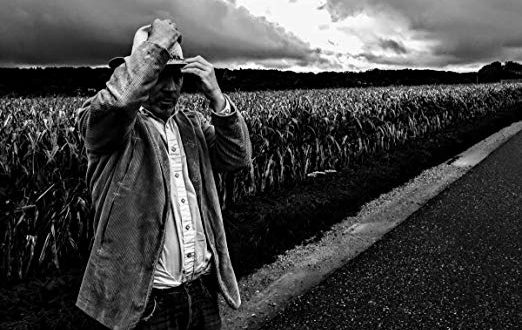 Instrumentally speaking, the latest album from Jeffrey Halford & the Healers – titled West Towards South – tells us a story as grand as its lyrics do in surreal songs like “A Town Called Slow,” “Ballad of Ambrose and Cyrus,” “Deeper Than Hell” and the title track. Progressively stylized but missing the overzealous pomp of a straight concept piece, West Towards South chronicles a pair of brothers in an ethereal journey across America, and through its brilliantly crafted string arrangements, devilishly dark poetry and startlingly emotive melodies, it provides us the picture window into Americana that few LPs of its kind have in recent years. Folk harmonies are met with blistering blues rhythm in “Dead Man’s Hand,” the band tries out some pensive balladry in “Sea of Cortez,” and even in simple tunes like “Willa Jean,” Jeffrey Halford & the Healers are utilizing an urbane style of play that you just don’t find every day in this business. Produced by Halford, Adam Rossi and Don Zimmer, West Towards South is an ambitious record with an old fashioned charm that country, folk and blues-rock fans of all ages won’t have a hard time getting into this season.

There’s a lot of layers to this mix, and next to most of the Americana that I’ve heard lately, it’s definitely one of the more intricately designed albums from a production standpoint that Jeffrey Halford & the Healers have released thus far. “Gallows” quakes the ground beneath our feet with the heavy march of its intro, and Halford’s Tom Waits-style croon only adds to the bleak atmosphere developing in the background. In “Three-Quarter Moon,” the mood isn’t much brighter, but the strings and the soft percussion that accompanies them are so hypnotizing that it’s not possible to become overwhelmed by the depth of the dirge filling the air around us. Though progressive in nature, Halford is careful to avoid overstating the theme in West Towards South, with each of the songs presented to us here putting a different spin on a classic Americana sound without getting too experimental in their framework. “Geronimo,” which preps us for the absolutely spellbinding “The Ballad of Ambrose and Cyrus” at the end of the album, is literally made up of nothing more than a vocal, a couple of violins and a violent catharsis that is begging to come undone from beginning to end. It’s not the bluesy aggression of “Deeper than Hell,” but that’s the whole point; West Towards South is indeed as diverse as the country it celebrates.

After so many powerful offerings, Jeffrey Halford & the Healers are going stronger than ever and dropping a melodic masterpiece in West Towards South, an album that I find to be their most focused and engaging since Rainmaker. If you’ve been disillusioned with the state of country and a now hipster-plagued folk scene, you’d be wise to give this fine slice of Americana a shot this spring. It’s got all of the lyrical luster that Halford has built his reputation on, but boasts a more cerebral structure than anything he’s attached his name to before.

User Rating: Be the first one !
Share
Previous Drake Jensen – Talk Me Down
Next Kingdom of Birds release Glitz (EP)