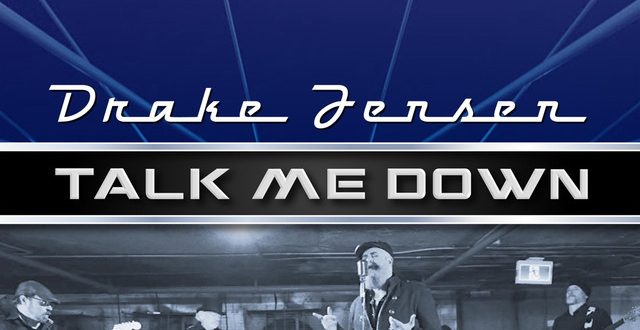 Drake Jensen – Talk Me Down

Canadian born Drake Jensen has a handful of studio albums to his credit and his latest single “Talk Me Down” shows the signs of continuing growth we hope to hear from talented artists and songwriters. This new single is culled from his latest album, 2019’s Sideshow, and while it isn’t an original composition like much of his material, Jensen owns the track like few of his peers and contemporaries can match. He has earned considerable critical respect thus far and plays to growing audiences in Canada and abroad with his unique style of country music making liberal use of elements from both rock and pop to deepen and enrich the material. His success extends to the de-facto capital of country music, Nashville, thanks to his 2011 debut and his upward trajectory since gains momentum with each new release. The quality of “Talk Me Down” is such it has the potential to send his career into overdrive.

It has a sense of purpose from the opening notes. The striding mid-tempo pace the song takes on gives it a feeling of gravitas without ever lapsing into heavy-footed theatrics and it is clear from Jensen’s first line onward he has a keen instinct for dialing into the dynamics of any given song. “Talk Me Down” is a track with dynamics to burn. Though you can cite the traditional structure of the track as evidence of a pop influence, “Talk Me Down” is much more about the confluence of his country and rock inclinations. It shifts into a more intense gear with the arrival of the song’s chorus and Jensen, likewise, doubles down with committed vocals striking the right note for listeners.

It is telling how Jensen never tackles the chorus the same way twice. Indeed, he upends new emotional territory each time the song repeats the chorus. Jensen doesn’t possess a wide vocal range but the true breadth of his talents lie elsewhere – with his phrasing and power. He gets in just enough country twang, never overplaying that particular hand, and he emphasizes the lyrics with slight variations each time around. The bridge receives the same treatment and offers listeners another memorable musical and vocal moment.

“Talk Me Down” sports first rate lyrical content seldom heard in this genre despite not being a product of Jensen’s pen. The song doesn’t avoid the claustrophobic agony of losing a relationship, but it doesn’t lapse into bathos either. Instead, the writers confront the reality of such a situation head on and embolden Jensen to do the same. An old phrase holds true here – Jensen sings this song like his life depends on it. It’s a testament to his artistic commitment how he treats this song as if it is a straight autobiographical number ripped from the pages of his life. There are no shortcuts with “Talk Me Down”. Jensen does not number among the hoard of paint by numbers modern country artists but, instead, embraces a raw-boned vulnerability capable of appealing to even those who don’t listen to country. It’s a five star single and a great introduction to his latest album.

User Rating: Be the first one !
Share
Previous Victor Pedro – Call Me I Need Ya
Next Jeffrey Halford & the Healers – West Towards South