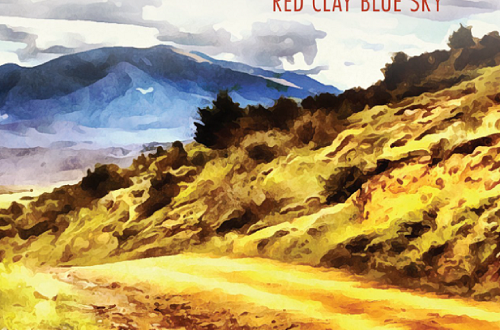 Connecticut’s Laura Sumner channels the philosophical ways of a folk artist and meshes them together with rock and roll and Americana bliss in the moving EP Red Clay Blue Sky. Inviting the listener into her world, one that is filled with memories and delightful details, Sumner’s voice keeps the listener close and comforted. Be it a fun, upbeat kicker like “Cowboy From Queens”, a bluer flow in “Tides” or the beautifully melancholy “My Mother And Me”, Sumner is proof positive that the indie music scene is alive and well.

Sumner, who cites being born in the Summer of Love, certainly brings a bit of nostalgia into her writing. She worked with GRAMMY winner songwriter and producer Marc Swersky (songs include “Trust in Me” from Joe Cocker from the biggest selling soundtrack of all time, The Bodyguard) on Red Clay Blue Sky and the two have really forged a guiding light in these five tracks.

Often hitting up on the idea of the past and thinking about what might have been, the EP starts out with Cowboy From Queens. Sumner’s vocals in this one sound quite different from the other four tracks. She’s flightier, more at ease. There’s a levity in both her voice and the bounce of the music bed. Whereas in songs like “Tides” and “Telling Georgia Goodbye” she’s serious and poignant. The piano and the guitar have a distance between them that is both telling and honest.

“American Man”, a song previously released as the lead single, is spellbinding. What makes “American Man” so good is that not only does it touch upon the idea of a working man giving his career to a company that in turns shuts down, I think it really hits upon the emotional turmoil a man might face after losing a job. I think we all have that friend or even a parent that has given their entire working life to a company and not received the same back. It’s a sad thing, and yet there’s so much hope sewn into this song.

Personally I think Sumner champions both the working man and makes a statement about how things will need to change. Yet, I think she’s realistic in thinking that it’s truly American that we put so much stock into working. “American Man” has a great ebb and flow of Americana and roots rock. She really shines.

The last track is “Mother And Me”. This song struck a very unique chord. It’s a bit dreary-like, but very respectful. Moments where she sings about ‘her nails are colored cherry red’ immediately put the listener in Sumner’s shoes. I liked that connection and it gave pause to think about other characteristics of the listener’s own mother or aunt.

There’s something so special about this song – but at its core, much like all five tracks on Red Clay Blue Sky, it’s indicative of a strong song structure and Sumner’s authentic vocals. I believe that is Sumner’s strength- she might be singing about a very specific person, but the listener finds a way to apply that to their own, relatable life.